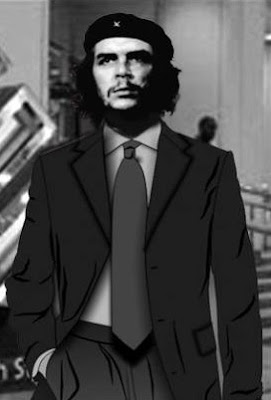 Hindsight is a wonderful thing often offering 20/20 vision over the past but the SPGB has had to apply its analysis of current events often with little first hand information . This is an article on Cuba from 1961.

To anyone who follows the Latin American scene, so many aspects of Cuban politics seem familiar that there is a danger of failing to see just what distinguishes the Cuban question from the traditional turmoil in that part of the world.

When Spain's colonies in the New World fought for independence a hundred and fifty years ago, their main source of inspiration was revolutionary France and the young United States. However, in one fundamentally important respect they fell short of the requirements of real social change; a unified and coherent class demanding the overthrow of the outmoded system on the strength of its mastery of the new productive and social forces.

As the present situation in the Congo shows, not all independence movements are the expression of a powerful embryo bourgeoisie, ready to effectively take the place of the former imperialists on the backs of the local working-class and peasantry. The ousting of Spain from the Americas was due more to the weakness of Spain than to the strength of its colonies. The social vacuum, the rapid collapse into anarchy could not, in those days, become the concern of a United Nations Organisation acting as a broker and a policeman of international capital. The high-flown language of the constitutions drawn up by the South American disciples of Washington, Jefferson and even Tom Paine was not matched by the level of economic and class development in their respective regions. From Mexico in the north to Argentina in the south. the whole continent was to relapse into a state of autocracy where power rested with decadent, constantly feuding landowning interests.

At the turn of this century, the needs of European industrialism led to the "Scramble for Africa". Perhaps less spectacularly, and certainly without the formal annexation of territory as was the case in Africa, a similar process began in the Americas. The outcome of this process has, to a remarkable degree, run parallel to Afro-Asian developments. Britain, France, the USA and then Italy, Germany and Japan have, over the years, poured capital in and drained profits out. Vast rail networks were established. Soon hides and grain, meat and coffee, sugar and bananas, were flowing onto the world market.

The precious metals that had provided the funds for Spain's "siglo de oro", its century of supreme power and culture, were no longer of prime importance. Not silver from the mines of Potosí, but tin from neighbouring parts of Bolivia, was to become the source of immense wealth for the mighty foreign Corporations who were equally busy in their exploitation of copper and nitrates from Chile, petroleum from Venezuela, quebracho from Paraguay, and so on. Countries, most of them larger than any in Europe, were to become utterly dependent upon a single crop; here coffee, there bananas or sugar.

Guatemala, which in its time played the role of David to the American Goliath, is known as a banana republic. In Cuba, on whom the mantle has fallen, it is sugar that dominates. True, tobacco from these parts is justly famous throughout the world. In view of Cuba's increasingly intimate relationship with the Russian Capitalist bloc we may yet witness the paradox of the Havana cigar as a status symbol of the Russian ruling class. We shall see bloated Commissars yet! Nevertheless, it is sugar that is Cuba's economic life. As goes sugar so goes Cuba—boom or slump; it is the basis of its foreign trade which in this context means, overwhelmingly, trade with the USA. Fidel Castro now challenges the status quo.

As a "middle-class" Robin Hood, Fidel readily appealed to an American public weaned on the exploits of Davy Crocket. At the point where it became evident that in serving the needs of aspiring Cuban Capitalism the existing order of things would be upset, Castro fell from his pedestal. He was unmasked as the harbinger of "Communism" (read, Russian influence) in the Western Hemisphere. The bearded warrior of the mountains was romantic no longer.

The modern history of Cuba could be written around its relations with the United States. Of all the former Spanish colonies it was the last to break from the grip of the old country. It did so only to find itself a virtual colony of its erstwhile ally; to such an extent that there was an American governor at first, and US troops were not withdrawn from the island until eleven years after the signing of the peace treaty with Spain in 1898. US marines returned "to restore law and order" in 1920. The United States census of 1947 revealed that their industrial investments alone were only slightly less in Cuba than in Brazil; $64,000,000 as against $65,000,000 (Germán Arciniegas, The State of Latin America, p. 302). This figure later increased.

Through this century, Cuban government has been a succession of "strongmen," as Time magazine likes to call them, who have depended upon American patronage. Fractional alterations in US sugar tariffs in line with the protectionist demands of Hawaii or Porto Rico have had overnight repercussions on the Cuban economy. Laws passed by the US Senate actually reducing Cuba's sugar quota, as in 1951, when the quota was varied in favour of Trujillo's Dominican Republic, Peru and Porto Rico could mean and often did lead to gross economic instability. In working-class terms this means unemployment, destitution.

Out of bitter experience there grew in the 1930's a significant labour movement. In a limited sphere, in the cigarette and cigar factories and the Havana docks, Spanish immigrants of the Anarcho-Syndicalist school had introduced the principles of trade-unionism at the turn of the century. In more recent times a far wider range of trades has become involved although at the price of Stalinist influence out-weighing that of the old Anarcho-Syndicalists who, for all their faults, did not compromise their class interests with the state requirements of a world power as do the so-called Communists. In fact, the Communists' record in Cuba puts them in a rather curious position in relation to the current "togetherness" of their home and "mother" countries.

Batista, murderous and corrupt, Farouk to Castro's Nasser, had been given Communist support in his early years of power (M. Poblete, El movimiento obrero latinoamericano, p. 196). It was he who gave the Party legal recognition. Batista came to power first in October, 1940. In December of that year the second congress of the Communist-slanted Workers Federation of Cuba, T.U.C. of sorts, drew up a statement with which a Socialist could scarcely disagree. "Cuban workers .... resolve to struggle against the Imperialist war, to expose its Imperialist character and the war-aims of both belligerents and to develop a nation-wide movement to ensure that our country keeps out of this criminal conflict". When "you know what" happened, new instructions were given out. The first resolution to be carried at the third: congress of the C.T.C. went as follows: " The supreme task of the labour movement at the present time is to concentrate all its efforts and to use all its might towards the defeat of the Axis. Workers organised under the C.T.C. are willing to collaborate with all those in favour or national unity, that is to say, willing to subordinate any grievances that may arise within the country in their over-riding interest in destroying the foreign enemy. For the duration of the war. Cuban workers wish to avoid strikes and disputes likely to interfere with production."

The congress called upon working-class youth to volunteer for service at the war-front.

Communist support for Castro's guerrilla struggle came late but, like Russia's entry into the war against Japan, in time. At this stage, however, it would be a mistake to regard Castro as a Caribbean Kadar, a mere puppet of the Eastern bloc. Like many a Nationalist before him he is attempting to play off one great power against another in the hope that advantages will accrue to the would-be elite he represents. It is the universal demand of the Latin American bourgeoisie to free their respective national economies from the preponderance of Anglo-American capital.

As early as 1926, in a polemic with Lozowsky, chief of the Profintern, Haya de la Torre, of Peru, pioneer student of the development processes of backward countries within the Imperialist orbit, denied the accusation by the Communists that he favoured unconditional support of Japan in the event of a war between that country and the U.S.A. Nevertheless, he considered it would be a valuable opportunity to take advantage of their rivalry(Haya de la Torre, El antimperialismo y el APRA, p. 101). A mightier rival appears on the scene and, one by one, the Latin American rulers see how to use their bargaining position to diversify their means of production and to intensify or quite often to initiate industrial development. Back in Havana from Prague just recently, a Castro man announced he had secured promises to establish thirty new industries by East European concerns. Of course, for a small power to attempt playing off the great powers involves considerable risks. It is sometimes swallowed up in the process.

The overthrow of the Batista clique with its record of gangsterism in the Chicago tradition, has been followed by a vigorous and forward-looking regime under a new dictator; what in Spanish is wryly called a "dictablanda" rather than a "dictadura", a mild dictatorship whose authority is used towards social reorganisation rather than to feather the generalissimo's private nest. Be that as it may, the massive programme of nationalising most Western owned utilities, agrarian reform meaning the breakup and redistribution amongst the rural population of the great estates (a retrograde step from the long term point of view), the attack upon widespread illiteracy add up to a really serious attempt on the part of Cuba to enter the Capitalist arena on a more equal footing.

"In Europe, Imperialism is the culmination of a series of developments within Capitalism and is characterised by the export of capital and the capturing of markets and sources of raw materials in the economically backward countries. However, what in Europe is [according to Haya de la Torre whom we are quoting] ‘the last phase of Capitalism’ is in Latin America the first. For us Indo-Americans, imported capital marks our first step in modern capitalist society" (Haya de la Torre, El antimperialismo y el APRA, p. 51).

Pending a dramatic awakening of working-class consciousness within the metropolitan powers, the repetition elsewhere of our own bitter experience seems inevitable, though tragically so. But this much, at least, we can say: that the socialist, on the strength of his Marxian analysis, cannot be deluded into believing that this latter-day development of capitalism, the most inhuman of all social systems, whether of the state-owned variety or not, is the first stage of our revolution; the beginnings of a society built democratically by a conscious, international working-class to serve human needs on the basis of common ownership of the means of living— Socialism. Would that it were!