While the racist abuse of black England players attracted media attention outside Bulgaria, within the country it is the Roma who are the principal targets of thugs. The Roma community makes up just under 5% of the country’s population of almost 7 million and is its biggest minority group.


Jonathan Lee, spokesman for the European Roma Rights Centre, said: “Unfortunately, racist chanting and offensive gestures from the terraces is not even close to as bad as it gets in Bulgaria. Last Monday night, Europe was confronted with what for most Roma in the country is the everyday. Rising anti-Gypsyism, decline of the rule of law, and increasingly fascist political rhetoric is nothing new – it just rarely gets such a public stage." Lee added: “This is an EU member state where violent race mobs are the norm, police violence is sudden and unpredictable, punitive demolitions of people’s homes are the appropriate government response, random murders of Romany citizens only a fleeting headline, and the rights and dignity of Romany citizens are routinely denied on a daily basis."
The government of prime minister Boyko Borissov is propped up by a grouping of three small rightwing populist parties known collectively as the “United Patriots”. They are made up of the National Front for the Salvation of Bulgaria (NFSB), the Bulgarian National Movement and the Attack party.

Krasimir Karakachanov, head of the Bulgarian National Movement, holds three portfolios – deputy prime minister, minister for defence and minister for public order and security. His “Roma integration strategy,” or “concept for the integration of the unsocialised Gypsy (Roma) ethnicity” to give it its formal name, is due to be presented to the Bulgarian parliament and could soon become law.


It defines Roma as “asocial Gypsies,” a term used by the Nazis, and calls for limits on the number of children some Roma women can have; the introduction of compulsory “labour education schools” for Roma children and forced work programmes for sections of the community. It also depicts the Roma as “non-native Europeans” left over from the Ottoman empire.
His party’s manifesto also calls for the creation of “reservations” for Roma based on the model used for Native Americans or Indigenous Australians, claiming that they could become “tourist attractions”.
Karakachanov declared: “The truth is that we need to undertake a complete programme for a solution to the Gypsy problem.”
His predecessor as deputy prime minister Valeri Simeonov described the Roma as “arrogant, presumptuous and ferocious humanoids”. He was also chair of Bulgaria’s National Council for Cooperation on Ethnic and Integration Issues at the time.
Zvezdomir Andronov, leader of the Bulgarian National Union, an ultra-right party, was recently a guest on one of the country’s most popular political talk shows, where he said: “Gypsies, Turks, Armenians and Jews are guests in Bulgaria and if they are good guests, they can live peacefully here.”
Following elections in 2017, which saw the trio of far-right parties emerge as key players in Bulgaria’s government, campaigners claim that hate crimes and rhetoric against the Roma have intensified.
Incidents include anti-Roma riots; demolition of Roma homes deemed “illegal”; police raids and deaths in custody; and members of the community in rural areas killed while out collecting firewood. 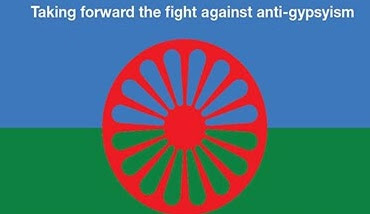 Posted by ajohnstone at 9:16 pm