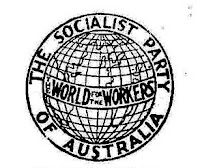 Australia’s negotiations with Timor-Leste should be the subject of a royal commission, and the government should return $5bn stolen from the impoverished nation, an Australian parliamentary inquiry has been told. High profile Timorese organisations, allies and academics, supported the return, and called on Australia to be held accountable for its conduct.

Australia has a long history of exploitative dealings with Timor-Leste, including spying on Timorese representatives during treaty negotiations and recent revelations that successive Australian governments were driven by a desire for resources when legitimising the Indonesian invasion. Then when Timor-Leste regained independence, leaving open a border which had previously been subject to a treaty with Indonesia, Australia pushed for the new maritime border which gave it a greater share than Timor-Leste of the lucrative oil and gas fields in the region. Australia’s sudden withdrawal from the maritime jurisdiction of the the International Court of Justice and the International Tribunal of the Law of the Sea (ITLOS) in March 2002 is explained by one simple factor: unlike negotiations, litigation involves an independent umpire. The Australian government chose not to play by international rules simply when it does not suit them. The Australian government shunned international law and bullied its way into a series of temporary resource sharing arrangements that significantly short-changed Timor-Leste


Sixteen years later, in March 2018, the two countries finally signed a treaty which essentially followed the median line first envisioned as a fair demarcation years earlier. Australia could have “consolidated Australia’s relationship with a close, strategically placed neighbour”, if it had acknowledged a fair maritime border from the start. Instead Australia “put short-term economic interests above long-term international gain”. During that 16 years, while Timor-Leste was dealing with the aftermath of a brutal 24 year occupation and struggling to build a new nation, the oil and gas reserves in the Timor Sea were the only significant revenue source available to them.


It is estimated Australia pillaged more than US$5bn in oil and gas revenue since 2002 from reserves which both countries now acknowledge were always in an independent Timor-Leste’s territory. The figure includes more than US$105m taken since the 2018 treaty was signed.

The Timor Sea Justice Campaign said, “When you look at the timeline of the events, it’s hard not to conclude Australia simply withdrew its recognition so that it could rip off East Timor...It’s hard not to be cynical that Australia is just picking and choosing when to abide by international law”