A war for oil

Secretary of Defense Mark Esper said the Pentagon was considering sending troops and armored vehicles to secure oil fields in Syria. "We are reinforcing that position, it will include some mechanized forces,” Esper said.
Newsweek reported:

that the United States is seeking—pending White House approval—to deploy half of an Army armored brigade combat team battalion that includes as many as 30 Abrams tanks alongside personnel to eastern Syria, where lucrative oil fields are under the control of a mostly Kurdish forces. The Pentagon-backed militia, called the Syrian Democratic Forces and dominated by the Kurdish People’s Protection Units (YPG), will continue to be involved in securing these oil fields, the official said.

“There’s no justification—legal or otherwise—to deploy U.S. troops in Syria to hold Syrian oil fields,” Kate Kizer of the U.S. advocacy group Win Without War tweeted Wednesday, warning that “this will only put U.S. troops in harm’s way and increase the likelihood of conflict with the Syrian regime and Russian or Iranian forces.” 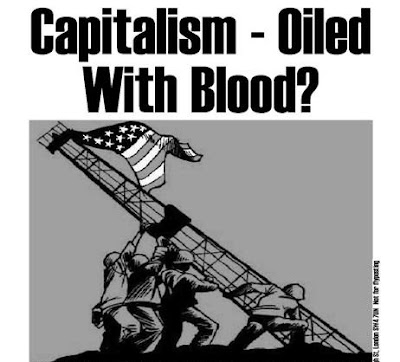 Posted by ajohnstone at 2:19 am