Poor in work...poor in retirement 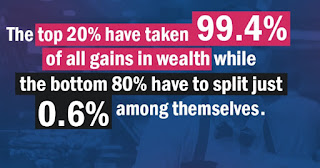 The average pretax earnings of an American in the bottom 50 percent by income was $16,197 in 2014, a nearly invisible 2.6 percent gain over 40 years. Over the same period, the top 10 percent of Americans saw their pretax incomes grow by 231 percent. Even for the upper-middle-class group, which the authors define as adults with incomes between the bottom half and the top 10 percent of Americans, pretax incomes haven’t grown over the past 15 years. Only rising public spending on benefits like health care has allowed upper-middle-class incomes to grow.

"While slashing jobs and benefits for ordinary workers, CEOs of large companies have been feathering their own nests," stated Sarah Anderson, report co-author and director of The Institute for Policy Studies Global Economy Project. "This is not the result of executives working harder or investing more wisely. Instead, this gap is one more example of rule rigging in favor of the 1 percent." Pension rules allow CEOs to put unlimited funds into tax-deferred plans, the erosion of traditional pensions, and a tax code loophole that allows for so-called "performance-based" pay.

Topping the list is Progressive CEO Glenn M. Renwick, who can expect a monthly retirement check of $1,035,733. How does that compare with regular workers lucky enough to have 401(k) plans? With an average balance at the end of 2013 of $18,433, these workers can count on a monthly check of just over $100. 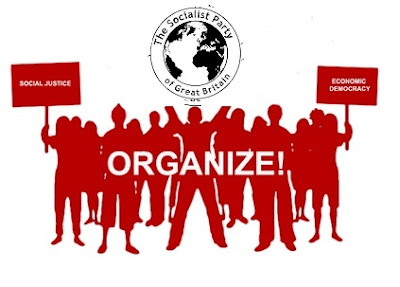