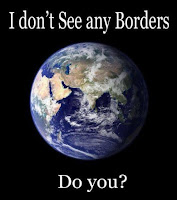 Sunday the 18th of December was International Migrants Day

2. International migrants - those living in a country that is different from their country or territory of birth - make up 3.3 percent of the world's population.

3. Migrants and refugees often travel in the same way. But economic migrants leave their country to improve the future economic prospects of themselves and their families, whereas refugees are fleeing conflict or persecution.

4. At the end of 2015 there were 65.3 million forcibly displaced people. They included 21.3 million refugees, 40.8 million internally displaced and 3.2 million asylum seekers.

5. One in every 113 people globally is either an asylum-seeker, internally displaced or a refugee.

6. More than 4,700 migrants have died attempting treacherous sea journeys to Europe this year, the deadliest on record.

7. Italy has become the top destination for those heading to Europe by boat, with more than 179,000 arrivals.

9. The U.S.-Mexico migration corridor is one of the most travelled routes in the world. During fiscal year 2016, which ended in September, the number of people detained along the border surpassed 408,000, a 23 percent jump from last year, although it was less than in 2014.

10. In 2015, migrants around the world sent nearly 600 billion dollars back to relatives in their home countries.

11. Nine in 10 refugees are hosted in developing regions. Turkey has the largest number with more than 3 million refugees.

12. As weather extremes strengthen and sea levels rise, migration experts have warned that forced migration linked to climate pressures is poised to become a problem that could dwarf refugee flows.

13. The average number of people displaced by natural disasters, including floods, storms and droughts, has averaged 22.5 million a year since 2008 and is growing.
Posted by ajohnstone at 12:13 am