Write-in Vote for Socialism on 6th May 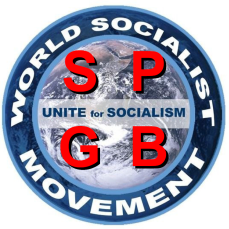 So now we know the date for the general election - 6th May .

The task facing the active proponents of capitalism is to sell the system to the mass of people - most obviously at election times . If we take a look at elections today, we find that the candidates of other political parties pander to a variety of tastes and requirements, and play off one group of people against another. “Something for everybody”. With the electoral circus in full swing the parties have been competing with one another in a seemingly endless round of pledges, promises, scare stories and counter claims. And the longer this circus goes on, the less interest most voters show in it. The news media openly spends more time telling us about "the election" itself - its stratagems and ruses - than about the policies on offer from any of the parties. It is hardly surprising given the dearth of meaningful manifesto products on show. The election is carried out by marketing agencies selling two superficially different (but nevertheless fundamentally identical) management teams. The tools of their trade are the typical marketing techniques employed by corporate business everywhere - spin, junk mail and cold-calling (canvassing)of those in a targeted market niche . All the arguments are just froth. The electorate react with a cold shrug of apathy. Increasing numbers of voters are signalling that they've had enough. They're staying at home, sitting on their hands.
This is encouraging , but is of itself a reflection of the passive mentality of today's market-driven consumer society and which the political process fosters . Far better would be a positive refusal to line up behind the teams on offer, a refusal to join in their pointless games. In other words, a protest. So in this election we call on the "silent majority", to protest by spoiling their ballot papers. In so doing they will be taking part in the democratic forum yet at the same time withdrawing their consent from those who would rule over them in the name of wealth for the few and tedium for the rest of us. Socialists and those in general agreement with that cause should be writing "WORLD SOCIALISM" across our ballot papers. And the more people who agree and do the same, the louder the voice and the more effective the protest against the whole ridiculous charade currently being played out before us in the name of our interests. Because its establishment depends upon an understanding of the necessary social changes by a majority of the population, these changes cannot be left to parties acting apart from or above the workers. The workers cannot vote for socialism as they do for reformist parties and then go home or go to work and carry on as usual.

It is true that the SPGB have never won any election, but for us, elections are only a means not an end. We have never been interested in winning elections as such, in getting socialist backsides on to the benches of the House of Commons at any price. Socialists will enter parliament when enough workers outside it want to send delegates there, mandated to formally wind up capitalism. But this situation has not yet arisen. Because we think that, in future, the election system could be used in a constructive way we shall be exercising our right to vote in this election . We shall be going to the polling stations and casting a write-in vote by writing "WORLD SOCIALISM" across the ballot paper.
Follow the Socialist Party's election campaign at Vaux Populi
Posted by ajohnstone at 9:25 am

Not in Vauxhall we won't!