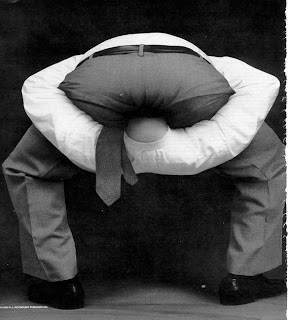 Being a politician is a profession, like a lawyer or a doctor. It assumes leaders have some special qualification acquired over years of study and self-sacrifice when in actuality the only real qualification is the ability to hoodwink others into thinking you possess knowledge and qualities that they do no. Unlike other professions – doctors or lawyers whose skills come via many years of hard slog – politicians require none whatsoever. Despite this, many workers think we cannot function without politicians. A politician’s trade is to get into parliament (or the local council) to run the administrative side of capitalism. To do this, they must get elected and, to get elected, they must promise to do things for people. They must find out what’s worrying people and then promise to do something about it. This is why political parties don’t need principles. Or, more accurately , they only need just one principle and that’s “get elected”. In the past some parties used to campaign to try to win people over to their point of view. Not any more. Today politicians just promise people what they want to hear.That is the politicians' job, since they cannot actually make or change events, they have to work hard to pretend that they can. Their function is to win and maintain public confidence. At the end of the day they are merely actors, and our modern media-driven politics could be easily called rule by actors. The fact that a political party needs to spend tens of thousands on advertising campaigns to improve its image just shows how shallow their message is, or the lack of one. Capitalist parties have long since ran out of anything intelligent to say and their only hope is to either re-hash old ideas or re-launch the new packaging they sell them in . Take away all the spin and sloganeering and all you are left with is a bunch mediocre people who say very average things about very average politics; not worth voting for .They can lead nobody nowhere. The market leads and they follow.

This kind of politics is dominant today . It accepts the status quo. It accepts capitalism and seeks merely to work within it. Politics becomes a question of choosing the best capitalism-management team from amongst competing groups of politicians.Politics becomes an activity in which only a minority - the professional politicians - participate. Most people’s only involvement in politics is, literally, once every few years when they go and put an X on a ballot paper on polling day. Then they go home and let the person elected get on with the job. People’s participation in politics becomes simply giving a thumbs up or a thumbs down . If they don’t mind what they’ve done, they vote them in again. If they’re not happy then they vote in some other lot.Voters are not turning out because they think it's pointless.The voters feel that their influence is slight.

Capitalism as a social fact is written into every one of our lives, every moment of the day, and we reinforce it every time we work for a wage and shop with those wages. Even if a politician were to want to change matters they would be trapped by our own resistance to change. If there is to be change it must come from us.It is sometimes thought that socialists have a conspiracy theory regarding the state and politicians – that they are all plotting to do us in, regardless of political colour. In fact, they are bound to observe the system which they find themselves in. Some, of course, are corrupt . Others cut various deals with each other, and may join in the internecine fights between capitalists over whether finance or manufacturing capital is to do better from the current administration, or decide whether to maximise profit in the short, medium or longer term, but all elected political officials must maintain and defend the extraction of profits from us, the workers , and protect those profits against all comers, whether it be ourselves, the working class , (by using the police) or a foreign capitalist of another state (using the armed forces).

The greatest weapons we , the workers , possess are our class unity, our intelligence, and our ability to question the status quo and to imagine a world fashioned in our own interests. Pro-capitalist politicians perceive all of this to be a threat and so will do anything to keep us in a state of oblivion, dejection and dependency. Our apathy is the victory they celebrate each day. Our unwillingness to unite as a global majority and to confront them on the battlefield of ideas is the subject of their celebratory champagne toasts.Over the years we have had lots of elections but nothing has changed. Some things have got worse. Unless we do something different things will stay the same. We can change the world. We all have the ability to work together in each other's interests. All it takes is the right ideas and a willingness to make it happen
Posted by ajohnstone at 5:53 am