The Rich Got Richer 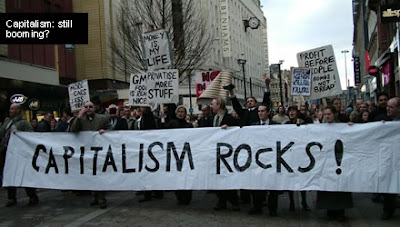 New figures from the Sunday Times Rich List has just been published , and low and behold , that despite the recession , the rich are getting richer . Now , isn't that a surprise!

The richest people in Britain have seen a record boom in wealth over the past year. Their fortunes have soared by 30% - the largest rise in wealth since the list was first published 21 years ago.Much of the increase is a result of the rebound in stock markets and property values after the government injected hundreds of billions of pounds into banks and the wider economy to stave off collapse.

The 1,000 richest people in the country increased their wealth by £77 billion last year, bringing their total wealth to £335.5 billion — equal to more than one-third of the national debt. The number of billionaires has risen from 43 to 53, with nine seeing their wealth rise by £1 billion or more during the past 12 months. Top of the pile again this year is Lakshmi Mittal, the steel tycoon. His fortune has doubled to £22 billion, thanks to the recovery in steel markets. Last year the top 100 were worth 50.8% of the total fortune of the Rich List 1,000. This year, the 100 are nearly 54.5% of the total.

Philip Beresford, compiler of the list, said:
“The rich have come through the recession with flying colours. The stock market is up, the hedge funds are coining it. The rich are doing very nicely. The rest of the country is going to have to face public spending cuts, but it has little effect on the rich because they don’t consume public services.”

There is a class war and the capitalists are winning it!
Posted by ajohnstone at 3:55 am

Where's that picture from? Classic!