The meek shall not inherit the Earth. 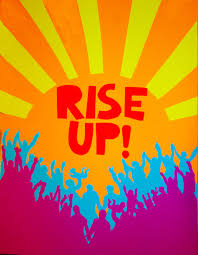 Eco-activists from around Britain are set to attempt to “shut down” central London with two weeks of disruptive protests. Extinction Rebellion (XR) said its members are planning to blockade “every single road” and intend to maintain the protests. XR activists will stop traffic at dozen different sites around parliament, including Trafalgar Square, Horse Guards Parade, the Mall, Victoria Street, and Westminster and Vauxhall bridges, among others. Other solidarity actions under the banner of international XR groups are also expected in cities around the world. Specialist police have been drafted in from around the country to remove protesters.

The largest corporations and the worst polluters have themselves assembled a sophisticated media and political campaign aiming to show that they do their utmost to use their immense technology for environmentally sound purposes, for the good of the people. Today there is increased warming, more pollution, environmental damage to the air, the forests, the oceans, the rivers, indeed to all life. “Endangered” has become a household word. Burning fossil fuels is the largest cause of global warming. Petrochemicals form the basis of the disposable society plastics and packaging. Landfills become stuffed with waste which lasts for centuries. Technology such as solar, wind, water, wave and geothermal could make a significant contribution but will not be developed under capitalism until there is a clear market opportunity to make a quick dollar. Socialism is the only answer to these nightmares.

To get to the core of the problem, one must accept that it is profits which motivate the operations of the capitalist economic system. Powerful groupings of industrial and financial magnates control the means of production and run the world. If we ignore this fact, if we believe that just protesting, appealing to the good will and humanitarian instincts of the financiers and industrialists will change the situation for the better, we will be building upon illusions. To appeal to the common sense of Big Business is to expect it to be able to abandon the lucrative profits, exploitation and oppression. The intentions of a corporation are, from a socialist perspective, entirely irrelevant.

Socialists cannot lose sight that want to change the system itself, and unlike reformers, we don’t want to impose slightly more strict regulatory codes. This substitutes philanthropy, good feelings, and sanctioned levels of exploitation or pollution in place of true, structural change. The history of class struggle shows that relying on capitalist politicians brings few if any results. It is only the conscious activity of the people themselves, when they intervene and threaten the system of capitalist exploitation and oppression, that can save this planet. It is not easy to say, yes, but civilisation could be destroyed. Because that is the truth. It could be, and not in the so distant future. Denialism is the refusal to accept reality. If the risk exists, we have to fight and not just capitulate by escaping into wishful thinking. Capitalism is incapable of undertaking corrective action.

We are living in a throw-away society, driven by capitalism that uses built-in obsolescence as a tool for consumerism and growth, to generate more profit, no matter how much more non-renewable resources will end up as waste, rotting away, polluting the air we breathe, the soil we use to grow our food and the water – without which no life is possible.

Despite the many threats to workers' lives, liberty and happiness today, despite the growing poverty and misery that workers are subjected to, a world of peace, liberty, security, health and abundance for all stands within our grasp. The potential to create such a society exists, but that potential can be realised only if workers act to gain control of their own lives by organising, politically and industrially, for socialism.

As socialists, our project is anti-capitalism. A socialist system today would ideally alter not only who controls the means of production but also what kinds of goods should be produced. It would put those who are currently exploited in control of their own products and environments. When socialists talk of the seeking a world in balance, we do not mean a planet placed on a capitalist balance sheet. It is time to stop waiting for an environment-friendly government to appear, and to work instead at regenerating the environmental movement through socialist activities.

The only sure answer to stopping climate change is a workers’ revolution for socialism. The task of the working class is to defend itself and take the offensive into the camp of capital. No one has any perfected master plan. Tactics will be worked out and applied, and broad strategy evolved, through a constant pooling of views and testing of how things work in practice. It can succeed only if there is a massive involvement. This requires a massive awakening towards a consciousness that is immune to fake propaganda and false information of the lying politicians and their servile media. Let us ensure that mankind’s dowry to our future generations will not be depleted and exhausted. 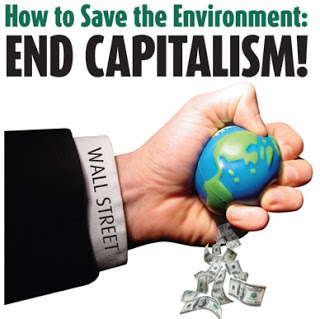