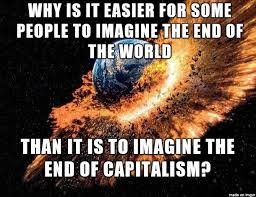 Where does the idea of “carrying capacity” come from? Is there any scientific basis for attempting to posit any limit for the human family? There is none whatsoever. The world’s population is now growing at just half the rate it was before 1965. Yet beliefs that the rate of population growth will lead to some doomsday scenario have been continually perpetuated. The world's population also has enough to eat. According to the Food and Agriculture Organization of the United Nations, the rate of global food production outstrips the growth of the population. People grow enough calories in cereals alone to feed between 10 billion and 12 billion people. Yet hunger and malnutrition persist worldwide. This is because about 55% of the food grown is divided between feeding cattle, making fuel and other materials or going to waste. And what remains is not evenly distributed — the rich have plenty, the poor have little. Likewise, water is not scarce on a global scale, even though 1.2 billion people live in areas where it is. Overpopulation is really not overpopulation. It's a question about poverty. Instead of examining why poverty exists people debate definitions of overpopulation. Those who do know the fallacy of overpopulation decline to condemn an economic system that only favours the wealthy. Countries in Asia and in Africa are “overpopulated” because they lack the technology of the developed world. Only in the most underdeveloped areas does the state of the environment place limits on the number of people it can support.

Predictions of the collapse of the human species as a result of overpopulation are not new. The “carrying capacity” idea originated with Giammaria Ortes, a defrocked Camaldolese who in 1790 published a tract called ‘Reflections on the Population of Nations in Relation to National Economy.’ Here Ortes set the unalterable upper limit for the world’s human population at 3 billion. Many since have joined the ranks of boys that cried wolf. Overpopulation, for the most part, has not caused humans much trouble. The overall standard of living for most of the world’s population has risen. Our past innovations have allowed us to continue growing our economies and our population with little change required by us.

Food is a commodity, and it is those who can afford to pay, that will get food. The problem, of course, is that people who don't have enough money to buy food simply don't count. To understand why people go hungry you must stop thinking about food as something farmers grow for others to eat, and begin thinking about it as something companies produce for other people to buy.
Much of the best agricultural land in the world is used to grow cash crops such as cotton, sisal, tea, tobacco, sugar cane, and cocoa, items which are non-food products or are marginally nutritious, but for which there is a large market.

Millions of acres of potentially productive farmland is used to pasture cattle, an extremely inefficient use of land, water, and energy, but one for which there is a market in wealthy countries. More than half the grain grown in the United States (requiring half the water used in the U.S.) is fed to livestock, grain that would feed far more people than would the livestock to which it is fed.

When the best agricultural land is used up as described, it is marginal less fertile land has to be used for food and subsistence farming, which may require clearing more rainforest, or other forms of encroachment on other ecosystems.

What capitalism as a transnational system does to impoverish people throughout the world is simply not a fit subject for the news media. Instead, poverty is treated as its own cause. We are asked to believe that Third World people are poor because that has long been their condition; they live in countries that are overpopulated, or there is something about their land, culture, or temperament that makes them unable to cope. Subsistence wages, forced displacement from homes, the plunder of natural resources, the lack of public education and public health programs, the suppression of independent trade unions if we were to believe the way they remain untreated in the media have nothing much to do with poverty in Latin America, Africa, and Asia. The media treat capital expansion and investment as a solution to Third World poverty and indebtedness rather than as a cause. 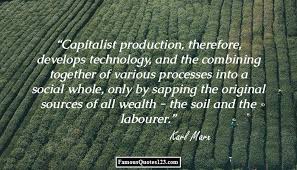