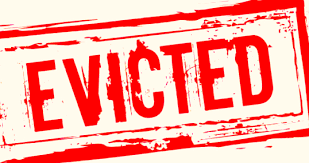 A charity working to stop illegal evictions has urged the police to give its officers better training after they failed to arrest a landlord who allegedly forced his way into a family’s home with a crowbar and tried to drag them down the stairs.

Roz Spencer of Safer Renting, an advice service for tenants backed by four London boroughs, said people were being evicted illegally every week in most British towns and cities, but the police nearly always failed to treat it as a crime. “We would like the police to understand that it is a criminal offence to kick someone out without a possession order,” she said. “Their job is to intervene when a crime has taken place.” She said that she advised tenants threatened by their landlords to call the police, but had to warn them that the police may dismiss it as a civil matter. “But it is not a civil matter. It is a criminal offence to disregard the Protection from Eviction Act.”

The number of families contacting Citizens Advice about illegal evictions has increased by just over 40% since 2014, with nearly 2,000 families seeking assistance last year. Research by Shelter, the housing charity, suggests that in 2016 almost 50,000 renters had their belongings thrown out of their home, and the locks changed by their landlords. More than 200,000 renters had been harassed by their landlord and some 600,000 had their home entered by a landlord without permission. 64,000

renters reported that a landlord had cut off their utilities in the past year. 200,000 tenants reported having been abused, threatened or harassed by a landlord
Dave Hickling, chair of the Association of Tenancy Relations Officers, whose members enforce anti-eviction laws, said rogue landlords sometimes tried to escape council attention by throwing tenants out. “Local authorities are getting better at dealing with rogue landlords,” he said. “But landlords think the enforcement action will go away if they get rid of the tenants.” He added: “The police need to be aware of the basics. It is a criminal offence to make your tenant leave unlawfully, be that through harassment or changing locks.”
https://www.theguardian.com/society/2018/jun/09/police-fail-to-act-private-rent-tenants-illegally-evicted-landlords-harassment-threats
Posted by ajohnstone at 6:00 am