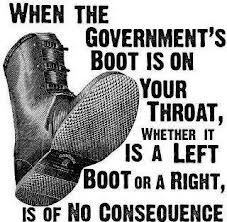 Passage from Marx that Jeremy missed

HAVING seen off the might of the Socialist Party at the general election, Jeremy Corbyn has clearly got cocky, and thinks he can take on all-comers.
I notice he has gone on the record as saying: “I haven’t really read as much of Marx as I should have done. I’ve read quite a bit, but not that much.”
Maybe this is the bit he missed: “The working class ought not to exaggerate to themselves the ultimate working of these everyday struggles… Instead of the conservative motto: ‘A fair day’s wage for a fair day’s work!’ they ought to inscribe on their banner the revolutionary watchword: ‘Abolition of the wages system!’” (Value, Price and Profit).
Mr Corbyn does not call for the abolition of the wages system. As the Labour leadership election campaign goes on, he reveals that all he has to offer is the ghost of Harold Wilson warmed up.
BILL MARTIN*
North London branch, The Socialist Party
* The North Islington constituency Socialist Party candidate who stood against Corbyn in May.
Posted by ajohnstone at 1:45 pm

he is going to do a lot more for the good of us all than you and me. get off your opinion pony for a day. wake up. Mr Corbyn is a positive good man who is speaking well at a time when so many defunct and fraudulent world leaders of damaged our eardrums and our retinas with their lies