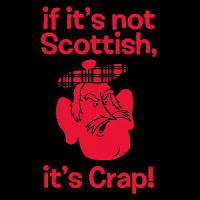 Politicians, national and local, are getting worked up over a referendum on Scottish independence and the media are encouraging the rest of us to get involved. But why should we?

It is of no concern to workers in Scotland whether they are governed from London or by a separate independent government in Edinburgh. This is because the cause of the problems they face is the capitalist economic system of production for profit, not the form of government. And the capitalist economic system would continue to exist in a politically independent Scotland.

The only people to benefit from Scottish independence would be the local politicians, who would be able to award themselves grander titles and grander salaries. For workers on these islands there is a precedent in Ireland which broke away from the UK in 1922. Can anyone claim that this has made any difference to the position of workers there?

In Scotland’s case not even the local capitalists would benefit. An independent Scotland would have no choice but to stay in the EU and so could not erect tariff walls to protect them as the Irish government did for a while to try to protect the fledgling capitalist class there.

The fuss, however, does illustrate two general political points. First, about how referendums can be manipulated to try to get the result the organisers want. Wily politician that he is, SNP leader Alex Salmond knows that if the vote is a straight yes or no on independence the chances are that he will lose. So he wants to put two questions to the electorate,. One on independence. The other on increased powers for the Scottish Parliament which he knows would have a better chance of being carried. UK Prime Minister David Cameron has made the same calculation and so is seeking to impose a vote on independence only.

The second point is about the relationship between declared goal and immediate aims. It’s a question that concerned the pre-WWI Social Democratic movement too. As well as socialism as their ‘maximum’ programme they had a ‘minimum’ programme of reforms to be achieved under capitalism. As a result their support came to be built up on the basis of these reforms rather than socialism, and they ended up becoming in practice capitalist reform parties, with socialism as a mere desirable long-term aim. Eventually that was dropped too.

The SNP has got itself into a similar situation. Its long-term aim on paper may be Scottish independence but it has built up its electoral support on the basis of being a better administrator of political affairs in Scotland than the Labour Party. Some who voted for them may also think that a separate Scottish party in charge in Edinburgh can get a better deal than an all-UK party. Whatever the reason, they will not have voted for the SNP because they want Scottish independence. Which, as stated, is why Salmond lacks the courage of his convictions.

We don’t want or care about Scottish independence (any more than we care or support a “United Kingdom” or an “independent Britain”) so it’s not our business to advise those who really want this how to best go about getting it. But we do want world socialism and do know that the way to further this cause is to advocate that and that alone and not seek support on any ‘minimum’ programme if reforms.

That way, support for a socialist political party will be support for socialism and not for something less. When a majority for this has evolved socialists would have no fear of a referendum on the single question of “Capitalism or Socialism?” and would not want, would in fact indignantly reject, a fall-back, second question on “Do you want a reformed capitalism?” Unlike Salmond, we’d say bring it on.

For more on Scottish nationalism read Socialist Courier, blog of our Edinburgh/Glasgow branches