Permission To Kill For Capitalism


Lieutenant Madeline Swegle has become the first black woman to qualify as a tactical fighter jet pilot in The U. S. Navy.
'I just love fast planes', she said ahead of her presentation of her "Wings Of Gold".

The U. S. Navy has been criticised for it's lack of diversity and is launching a task force to tackle racial inequality in the wake of The Black Lives Matter protests.

The most positive thing The Working Class can do is strive for a world where the need for  war wouldn't exist--where we all have access to all goods and services that are produced.

A world without armed forces and it's killing apparatus. 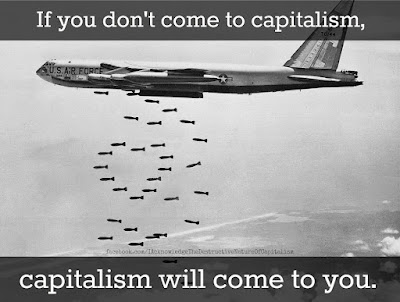