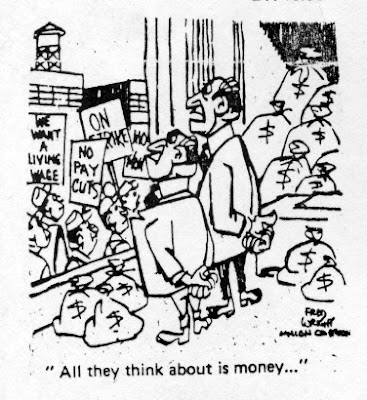 The Economic Policy Institute shows that the top executives at the largest corporations in the United States now make 320 times more than what their typical employees earn in wages and benefits.

EPI’s new report shows that CEO compensation grew by 1,167 percent from 1978 to 2019, “far outstripping” the growth of the stock market.

“CEOs who volunteer to take salary cuts aren’t giving up a lot given how much of their pay comes from stock awards and options,” EPI said.

Lawrence Mishel, a distinguished fellow at EPI and co-author of the new report, said in a statement that “while wage growth for the majority of Americans has remained relatively stagnant for decades, CEO compensation continues to balloon.”

“This has fueled the spectacular income growth of the top 0.1% and 1.0% and the growth of income inequality overall,” said Mishel, who told The Washington Post that CEO pay could rise again in 2020 despite the nationwide economic collapse caused by the Covid-19 crisis. “CEOs offering salary cuts during the coronavirus pandemic yield press releases,” Mishel added, “but no real progress toward reducing inequality and raising workers’ wages.”

Jori Kandra, research assistant at EPI and co-author of the new report, said the “huge growth in CEO pay” over the past four decades “is not a reflection of the market for talent.”
“We know this because CEO compensation has grown more than three times faster than the growth of earnings for the top 0.1% of earners, which was 337% over the same period,” said Kandra. “This means that CEO pay can be curbed to reduce the growing gap between the highest earners and everyone else with little, if any, impact on the output of the economy or firm performance.” 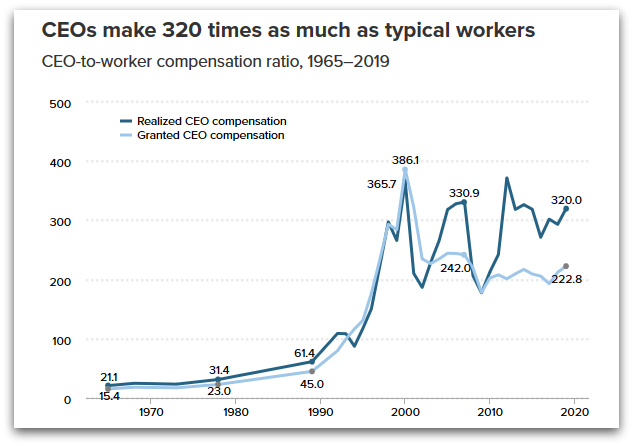