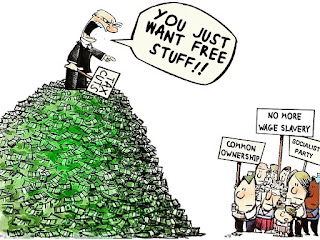 What would you estimate is the minimum amount of money you need to get by every day? The figure, of course, depends very much on where you live.  Imagine you’re in a so-called developing country, say in sub-Saharan Africa or Southeast Asia. You might estimate you can get by on $10 if you’re in, say, Kenya as opposed to $20 in Thailand. But how about trying to live on $1.90 a day?

According to the World Bank, that would put you in “extreme poverty.” Yet the Bank uses that figure as the “International Poverty Line (IPL),” and by that measure, global poverty has been reduced significantly. Which also means that if you’re making two or three times that amount per day, you’re supposed to be overcoming poverty.

Anyone living on $1.90 a day cannot possibly live a meaningful life no matter how defined. In fact, the IPL is a political measure, set deliberately low to show how well the World Bank, other international funding agencies, and governments are doing at overcoming poverty. Governments like the low figure because they can pretend that citizens making the next highest levels of daily income, $3.20 and $5.50, are far more numerous than their poorest cousins. In short, the figure is a great way to evade responsibility.

Philip Alston, who has just left his post as the UN special rapporteur on extreme poverty and human rights, calls the Bank’s $1.90 poverty line, by which it could claim that over 1.1 million people were lifted out of extreme poverty between 1990 and 2015, “scandalously unambitious.” “The best evidence shows it doesn’t even cover the cost of food or housing in many countries,” he said. “The poverty decline it purports to show is due largely to rising incomes in a single country, China. And it obscures poverty among women and those often excluded from official surveys, such as migrant workers and refugees.”

Alston explains, "Even before COVID-19, we squandered a decade in the fight against poverty, with misplaced triumphalism blocking the very reforms that could have prevented the worst impacts of the pandemic. COVID-19 is projected to push hundreds of millions into unemployment and poverty, while increasing the number at risk of acute hunger by more than 250 million. But the international community’s abysmal record on tackling poverty, inequality and disregard for human life far precede this pandemic. Over the past decade, the UN, world leaders and pundits have promoted a self-congratulatory message of impending victory over poverty, but almost all of these accounts rely on the World Bank’s international poverty line, which is utterly unfit for the purpose of tracking such progress."

The reality about global poverty, which the World Bank would prefer that we forget, is that extreme poverty has hardly improved at all in recent decades. “Even before the pandemic,” Alston says, “3.4 billion people, nearly half the world, lived on less than $5.50 a day. That number has barely declined since 1990.” And with COVID-19, which the World Bank does take into account, “poverty rates will go up as the global economy falls into recession and there is a sharp drop in GDP per capita. The ongoing crisis will erase almost all the progress made in the last five years.”

The result? The World Bank estimates that 40 million to 60 million people will fall into extreme poverty (under $1.90/day) in 2020, compared to 2019. But again, the Bank uses the same flawed measurement, which means we have to add in (by the Bank’s account) anywhere from 70 to 180 million more people in the $5.50 a day category.

Who benefits from poverty. The Bank says nothing about the world’s richest one percent, whose fortunes never fall, or the tax havens that enable multinational corporations to hide a large percentage of their profits. Again, Philip Alston, in his final report: “Instead multinational companies and investors draw guaranteed profits from public coffers such as through tax havens, while poor communities are neglected and underserved. It’s time for a new approach to poverty eradication that tackles inequality, embraces redistribution, and takes tax justice seriously. Poverty is a political choice and it will be with us until its elimination is reconceived as a matter of social justice.”

Alston told The Guardian that Trump’s policies amount to "a systematic attack on America’s welfare program that is undermining the social safety net for those who can’t cope on their own. Once you start removing any sense of government commitment, you quickly move into cruelty.


Robert Reich, the former labor secretary who often writes on inequality in America, says: "Over the last four decades, the median wage has barely budged. But the incomes of the richest 0.1% have soared by more than 300% and the incomes of the top 0.001% (the 2,300 richest Americans), by more than 600%. The net worth of the wealthiest 0.1% of Americans almost equals that of the bottom 90% combined. This grotesque imbalance is undermining American democracy."
https://www.counterpunch.org/2020/08/14/the-world-banks-poverty-illusion/ 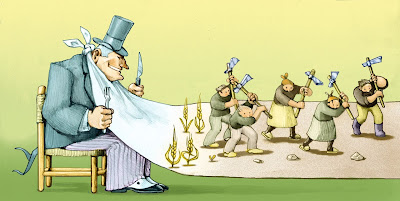