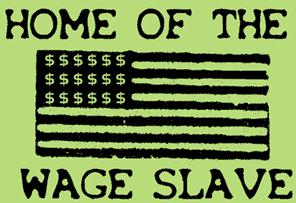 Tens of thousands of sincere people went to Washington to express their anger at the continued racism that happens across the United States. They did so in 1963 and they do so in 2020. Martin Luther King made his famous "I have a dream" speech in 1963. The family of George Floyd still live in the 2020 nightmare.

Just as they did many decades ago, the liberals of the Democratic Party shed crocodile tears and the conservatives of the Republicans tells its supporters to look the other way.

It has become pretty much of a cliché among members of the World Socialist Party of the United States to declare that there is little, if any, difference among the presidential candidates. When you get right down to bedrock, how can there be any difference? Capitalism is, essentially, the wages, prices, profits system and whatever designation the candidates in the 2020 election run under — Republican, Democratic, Green or Libertarian none advocate the immediate, or even the future, abandonment of the relationships of wage labor and capital. All argued for a better operation of the present social structure.

The election of politicians to power in a capitalist state is a business in which the expectations of the electorate play an important role. To begin with, the working class like to feel that their leaders are strong men who can control and influence events, even if for most of the time they are not sure of how this is to happen. In many ways this means that something is expected to happen simply because a politician says it will; it is enough for one of them to spout a catchy slogan for the problems of poverty, bad housing, social despair, to melt away like snow in the sunshine. At the same time the workers prefer their leaders to have some contact with what they, rather selectively, see as reality; only in extreme situations like wartime will they accept what they call extremism. Thus it is established now for politicians to fight over the “middle ground” of policies, which means over which party can distort facts and fashion its deceptions successfully enough to appeal to a wide majority of workers. This is the party which usually wins the election. The American workers will take their pick of the promises offered them. Listening to their candidates, how many of them will recall the many disappointments in the past, of promises gone sour, of a smooth-tongued President who uses his oratory to explain away the unpleasant realities of capitalism. Like workers everywhere, the American voters have had plenty of this. Sadly, there can be little expectancy that in 2020 they will show that they have had enough.

The question of how to bring back “prosperity” is foremost in the minds of the electorate, and both parties frame their platforms accordingly. To a large section of the working class “prosperity” means being able to get jobs again. For the capitalist class it means the promise of more profit. Another reason why the various capitalist groups are so anxious for political power is their desire to have a say in raising taxes.

With millions of wage slaves without means of selling their energies, and thus being deprived of the necessaries of life, there is always a danger that these hungry hordes might attack capitalist property. The capitalists realize this, and are compelled to make some sort of provision for these potentially dangerous slaves, by taking part of the wealth they have stolen from the slaves and giving it back to them in the form of food-banks, welfare relief, and the like. When private charity proved insufficient, the authorities had to step in and make provision, out of resources already depleted owing to the declining yield from the existing taxes—a feature of every business recession.

There are, of course, superficial differences that bear examination if only that they indicate the bankruptcy of capitalist ideologists. There has not been a solitary instance, in American politics, of a candidate entering the arena to advocate world socialism. It is truly time for a change!

If you had to 'sell' the idea of capitalism to people on a socialist planet they'd laugh at you. There'd be nothing in it for them except misery and slavery. Most people don't support capitalism because they think it is perfect or even particularly pleasant. They support it because they think they've got no choice, and they think that because they are hypnotized by its bogus ideology, its bogus values and its bogus leaders. Capitalism is adaptive and very clever at whitewashing itself. Our hope is that, in a new climate of radical skepticism which even conservatives can't be immune to, perhaps the whitewash won't wash for much longer. 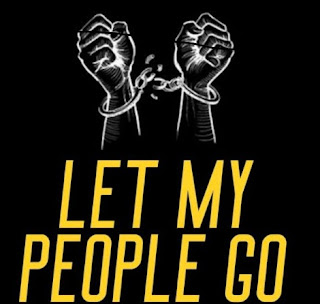