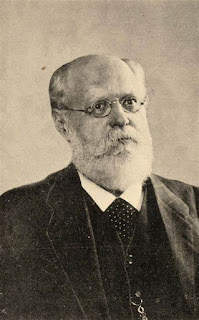 It takes place this Saturday, September 5th at 7 PM London Time
Here’s the link to join the panel discussion on Zoom:https://zoom.us/j/91997023208
PANEL DESCRIPTION:
Known as the “pope of Marxism”, Karl Kautsky was a leading figure of the 2nd International and the mass socialist parties of the 19th century. He became an incredibly controversial figure in Marxism after 1914 largely as a result of his opposition to the 1917 revolution. In recent years, he has resurfaced on the Left as an important intellectual, though his legacy remains in dispute. What can we learn from Karl Kautsky’s Marxism today?
PANELISTS:
– Chris Cutrone (School of the Art Institute of Chicago, Platypus Affiliated Society)
– Ben Lewis (Communist Party of Great Britain, editor of Karl Kautsky on Democracy and Republicanism (Historical Materialism, 2019))– Jason Wright (Bolshevik Tendency, ex-International Bolshevik Tendency)

Posted by ajohnstone at 4:33 pm