The Burden of War is on the Workers' Backs 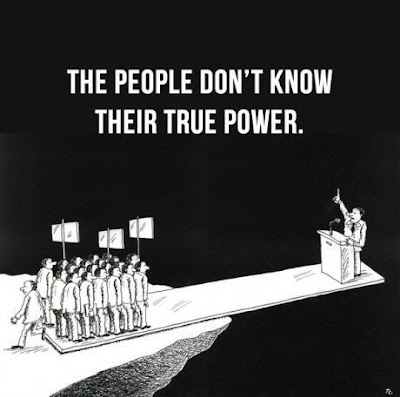 Another war in Europe brings unimaginable horrors which will fall chiefly on the working people. The lessons of the  past have so far been but faintly grasped by workers. Once a war is upon us, bid farewell to civil "liberties," to the relative freedom of speech for the rule of the “patriot” is imposed and the fortunes of the profiteers guaranteed.

Capitalism only knows the law of the jungle,“woe to the weak,” and in the fight for markets advantage is on the side of the big battalions of finance, industry and the armed forces. Capitalism is in its nature predatory and aggressive. It will always fight for markets, and in the fight it will always aggravate and exploit the differences of language, religion and custom in order to reap some economic advantage at the expense of rivals. Capitalism cannot but breed national hatreds. Not until capitalism has been abolished will world peace become a reality.

As socialists we recognise what passes for democracy in capitalism simply as a weapon useful to a socialist-conscious working class in the establishment of socialism; as a political condition that, from a working-class standpoint, is superior to its alternatives insofar as it permits the organisation of our class for the democratic conquest of political power and the abolition of government of people and establishment of a democratic system of such administrative controls as are required to secure the material basis of a full and happy life for all. We have no “moral” standpoint on the question — we don’t consider, for example, that a soldier, invested with the support of millions has any more “right” to use arms in the service of capitalism than has any terrorist supported by a few thousand people. Our political “morality” is based, like all political “morality”, on the needs of our class and if we reject the idea of minority violence or violence at all, it is simply because our socialist objective can only be achieved by the conscious act of a majority of socialists.

It will also be noticed that the capitalist is never at a loss for an excuse for refusing workers’ demands. If Britain were at war the excuse would be the war and the need to make sacrifices for it. As Britain is not at war then the reason is still the same,  the excuse is the need to make sacrifices for peace, for armaments for some possible future war, or to capture foreign markets.  The workers who are already suffering from a long-existing rise in the cost of living are told they must wait, pending the development of the corporative conscience. They are told that they are selfish but it will not be overlooked  that the concerns making huge profits did not have to wait, even when the workers get their promised rise, some at least of them will have to work longer hours for it. Haven’t we all heard a lot lately about the nearly extinct rich, bled white by taxation?

In Britain and the USA, parties supposedly representing the interests of working people have got to explain why they receive financial support from big business, the exploiters of the workers. There is an answer, a simple answer — complicated for the working class by the same mad social conditioning that allows them to babble idiocies about violence, that answer is socialism; the establishment of a society of production for use, a society where the resources of nature and the mental and physical skills of people will combine, not to produce things for sale and profit, but produce an abundance of the things we require sufficient to permit of free and equal access to our needs. Only in such a society will the material basis of division and dissension, that has erupted into conflict, can be finally banished. Eventually, the world’s workers will respond to capitalism’s inhumanities to the extent that they understand and desire the socialist alternative – production for use and the end of exchange relationships. Then socialist ideas will be prevalent.