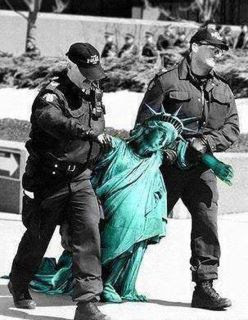 There is something hugely hypocritical in the way that American political leaders and media pundits denounce the imprisonment of American citizens abroad, while staying silent about mass incarceration for similar offences in the US.

Quite rightly, general outrage was expressed when basketball star Brittney Griner was sentenced to nine years imprisonment on drug charges in a Russian labour camp earlier this month.

Vice-President Kamala Harris was swift to the moral high ground, demanding that Griner “should be released immediately. POTUS [President Biden] and I, and our entire Administration, are working every day to reunite Brittney …with loved ones.”

Nothing wrong with protests over what looks like a nasty bit of Russian hostage-taking, but not a word about an equally appalling case closer to home.

This took place in Mississippi where the Supreme Court upheld in June a life sentence without parole for a man called Allen Russel who was convicted of possessing 43.71 grams of marijuana.

On any given day, 374,000 Americans are in prison or jail for drug offences, often of the most minor kind.

“You want to know what this [war on drugs] was really all about?” Ehrlichman said. “The Nixon campaign in 1968, and the Nixon White House after that, had two enemies: the anti-war left and black people. You understand what I’m saying? We knew we couldn’t make it illegal to be either against the war or black, but by getting the public to associate the hippies with marijuana and blacks with heroin, and then criminalizing both heavily, we could disrupt those communities. We could arrest their leaders, raid their homes, break up their meetings, and vilify them night after night on the evening news. Did we know we were lying about the drugs? Of course, we did.”

The Age of Hypocrisies - CounterPunch.org

Posted by ajohnstone at 2:24 am