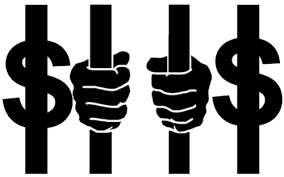 The Nationwide Prison Strike is planned for August 21, the day Nat Turner led an uprising of slaves in 1831, until September 9, the 47th anniversary of the Attica prison rebellion in which more than 40 people were killed. Incarcerated Americans in at least 17 states will go on strike, refusing to perform labor and engaging in sit-ins and hunger strikes to demand major reforms to the country’s prison and criminal justice systems. A spokesperson for the strike called on Americans to support the protest, noting that inmates produce many of the products people use every day in the outside world—including Starbucks packaging, state license plates, and furniture. Demonstrations in solidarity with the inmates are planned outside prisons in Brooklyn, New York; San Quentin, California; and Bishopville as well as other cities.
Organizers of the action, which is endorsed by Jailhouse Lawyers Speak and the Incarcerated Workers Organizing Committee (IWOC), have released a list of ten demands for improvements to their living conditions, sentencing policies, and laws that allow for prison slavery.
“All persons imprisoned in any place of detention under United States jurisdiction must be paid the prevailing wage in their state or territory for their labor,” reads the list of demands. The 13th Amendment to the U.S. Constitution allows for “slavery or involuntary servitude…as a punishment for crime whereof the party shall have been duly convicted.”
Organizers are also calling for “access to rehabilitation programs” for incarcerated people and an end to “Death by Incarceration,” or life sentences without the possibility of parole.
“Prisoners want to be valued as contributors to our society. Every single field and industry is affected on some level by prisons, from our license plates to the fast food that we eat to the stores that we shop at,” Amani Sawari told Vox. “So we really need to recognize how we are supporting the prison industrial complex through the dollars that we spend.”
Prisoners have also fought the wildfires raging in California and those that tore through parts of the state last year, earning a stipend of $2 per day plus $1 per hour, and sometimes working 72-hour shifts in order to save the state up to $100 million per year.
The strike comes four months after the deaths of seven inmates in a riot at Lee Correctional Institution in Bishopville, South Carolina. According to one witness who spoke to the Associated Press, prison employees did not attend to injured and dying inmates or attempt to stop the violence.
https://www.truthdig.com/articles/demanding-an-end-to-slavery-and-wide-reaching-reforms-inmates-in-17-states-plan-prison-strike/
Posted by ajohnstone at 1:33 am