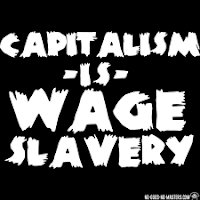 Exactly five centuries ago – on 18 August 1518 (28 August 1518, Gregorian calendar) – the King of Spain, Charles I, issued a charter authorising the transportation of slaves direct from Africa to the Americas.

In the August 1518 charter, the Spanish king gave one of his top council of state members, Lorenzo de Gorrevod, permission to transport “four thousand negro slaves both male and female” to “the [West] Indies, the [Caribbean] islands and the [American] mainland of the [Atlantic] ocean sea, already discovered or to be discovered”, by ship “direct from the [West African] isles of Guinea and other regions from which they are wont to bring the said negros”.

“There has been a general failure by most historians and others to fully appreciate the huge significance of August 1518 in the story of the transatlantic slave trade,” said one of Britain’s leading slavery historians, Professor David Richardson of the University of Hull’s Wilberforce Institute for the Study of Slavery and Emancipation.

The trade was a catastrophe for Africa. The Arab slave trade had already had a terrible impact on the continent – but European demand for slave labour in their embryonic New World empires worsened the situation substantially. Although many of the slaves for the Arab and transatlantic markets were captured and/or enslaved and sold by African rulers, the European slave traders massively expanded demand – and consequently, in the end, triggered a whole series of terrible intra-African tribal wars. For, by around the mid-16th century, in order to satisfy European/New World demand, African slave raiders needed more captives to sell as slaves to the Europeans – and that necessitated starting and expanding more raids (and, subsequently, wars) to obtain them. The issuing of the royal charter 500 years ago this month not only led to the kidnapping of millions of people and a lifetime of subjugation and pain for them, but also led to the political and military destabilisation of large swathes of an entire continent.
The main reason that the Europeans needed African slaves to be shipped to the Caribbean was because the early Spanish colonisation of that region had led to the deaths of up to three million local Caribbean Indians, many of whom the Spanish had already de facto enslaved and had intended to be their local workforce.
When Columbus had discovered Hispaniola in 1492, the island had probably had a population of at least two million. By 1517, this had been reduced by at least 80 per cent – due to European-introduced epidemics (the Indians had no immunity), warfare, massacres, starvation and executions. Many of the surviving Indians had also fled into Hispaniola’s mountainous interior where they were beyond the reach of the Spanish state. Ongoing archaeological investigations on the island are only now revealing the sheer scale of its pre-Columbian population.
The reality was that, by 1514, according to a government census, there were only 26,000 Indians left under Spanish control – and the Spanish feared that number would further reduce. It was this population collapse and the fear that it would continue that appears to have forced the Spanish king to, for the first time, authorise direct slave shipments from Africa to the Americas. Spain was desperate to ensure that its royal goldmines and agricultural estates in Hispaniola and its economic projects on the other Caribbean islands would not founder for lack of manpower.
https://www.independent.co.uk/news/world/americas/transatlantic-slave-trade-voyages-ships-log-details-africa-america-atlantic-ocean-deaths-disease-a8494546.html
Posted by ajohnstone at 9:19 am