What capitalist do you support? 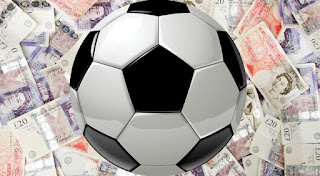 Arsenal: The club is worth around £1.5bn – the sixth most valuable club in Europe. Their owner. Stan Kroenke, owns more than two-thirds of the club, is also the owner of assorted American teams, the Denver Nuggets of the NBA and the Los Angeles Rams of the NFL. He launched a new TV channel in the UK (MyOutdoorTV) dedicated to bloodsports, hunting and killing potentially endangered species, like lions and elephants, for the pleasure and glorification of stupid idiots with big guns. Minority owner, Alisher Usmanov, an Uzbek-born Russian businessman and former fencer, made his money out of mining. Now he’s the fifth richest person in Britain, according to The Sunday Times. Did time in jail.

Bournemouth: Seventy-five per cent owned by AFCB Enterprises Ltd, behind which is the Opalus Trust, behind which is Maxim Demin. Demin is another Russian businessman. But even more mysterious. Never gives interviews. Remaining 25 per cent largely owned by Matthew Hulsizer, a Chicago financier, and his wife Jenny Just, joint owners of Peak6 Investments in Chicago.