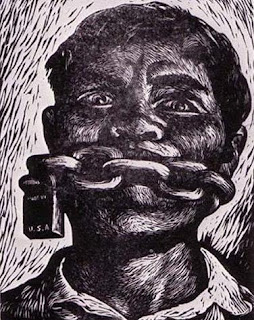 More than 4,000 black people were lynched in 12 Southern states between the end of Reconstruction in 1877 and 1950. Where are their monuments?

Six lynching markers have been erected by the Equal Justice Institute as part of an effort to recognize America's history of racial terror, a far cry from the more than 1,500 symbols of the Confederacy. In addition to the more than 700 Confederate monuments and statues on public property throughout the country, there are at least 109 public schools named after prominent Confederates, many with large African-American student populations.

Researchers at EJI said in the organization’s latest report on lynching, “Many of the communities where lynchings took place have gone to great lengths to erect markers and monuments that memorialize the Civil War, the Confederacy and historical events during which local power was violently reclaimed by white Southerners. . . . There are very few monuments or memorials that address the history and legacy of lynching in particular or the struggle for racial equality more generally..."