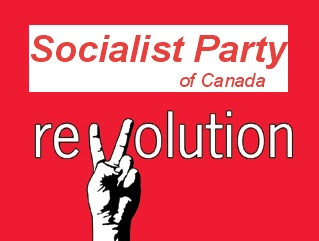 Suicide and self-harm is the leading cause of death for indigenous Canadians up to the age of 44.  Deprivation and despair lie behind this epidemic.  First Nations communities total 1.4 million people – just under 4.3% of Canada’s population. Sheila North Wilson, grand chief and representative of more than 75,000 indigenous people living across northern Canada explained “The communities I represent are living in abject poverty. My people are the poorest in this country, and that’s not right.” https://www.theguardian.com/inequality/2017/aug/30/our-society-is-broken-what-can-stop-canadas-first-nations-suicide-epidemic

The suicide epidemic affecting First Nations communities across Canada has been a national crisis for decades, but it attracted international headlines after three indigenous communities were moved to declare a state of emergency in response to a series of deaths.

In the spring of 2016, Attawapiskat First Nation reserve in Ontario declared a state of emergency after 11 young people tried to commit suicide in one night – adding to the estimated 100 attempts made over 10 months among this community of 2,000 people. Not long after, it was revealed that six people, including a 14-year-old girl, had killed themselves over a period of three months in the Pimicikamak Cree Nation community of northern Manitoba. In the aftermath, more than 150 youths in this remote community of 6,000 were put on suicide watch. Then in June this year, another First Nations reserve in Ontario lost three 12-year-old girls who had reportedly agreed a suicide pact.
Studies show young indigenous males are 10 times more likely to kill themselves than their non-indigenous male counterparts, while young indigenous females are 21 times more likely than young non-indigenous females.
Katrina, 16, lives on a reserve in central British Columbia with her family. She recently confided to a counsellor that she had contemplated suicide, and had even made a detailed plan on how she was going to carry it out.
“I felt like I had no other option; I felt hopeless,” Katrina recalls, adding that the stigma attached to being an aboriginal youth played a huge role in her contemplating suicide. “People call us freeloaders. They call us dirty Indians. I am judged because of my culture and heritage.” Accounts of such prejudice are prevalent across the country.


In terms of educational opportunities, healthcare and child welfare, the government is doing an injustice by not adequately funding our communities,” Roderick McCormick, an expert in indigenous health and suicide at Thompson Rivers University in Kamloops BC says. “When these remote reserves compare themselves to other communities across Canada, there is a huge gap that has become really evident.” McCormick adds “Before we can address this crisis, we need to solve the underlying issues so other communities do not go through the same things. We are putting a Band-Aid over the symptoms, and not getting to the root causes of why this is happening.”

Recent research has found more than 100 reserves still lack housing, electricity or running water – with almost 90 of them being advised to boil their drinking water. Another study by the Canadian Centre for Policy Alternatives found that 60% of children on these reserves are living in poverty. Health and educational services on First Nations reserves are also far below the national averages. “Secondary schools on reserves are about two grades behind urban schools,” Wilson says. “So when you tell young people to go to college, they are so behind in the curriculum they get overwhelmed. Youth are expected to succeed, but it is setting them up to fail.” Prime minister, Justin Trudeau, has pledged to dedicate more resources and funding to grassroots organisations and programs, Wilson says much more must be done to combat the high rates of suicide. “We need to empower our communities to be prosperous and independent, and the only way to do that is create programmes where we all benefit from the resources,” she says. “[Our young people] need stable housing and running water before they can make the most of any opportunity afforded to them.”

Canada’s systemic, long-standing neglect of its indigenous people is encapsulated in the ongoing impact of the country’s residential school system, which saw more than 150,000 indigenous children taken from their homes in an attempt to forcibly assimilate them into Canadian society. Rife with neglect and abuse, at least 6,000 residential schoolchildren are documented to have died as a result of their school experiences. In 2008, the Canadian government finally acknowledged this system as a dark chapter in the country’s history – but the effects of the schools can still be felt among First Nations communities today. Stacy Wormell-Street, director of operations at ASK Wellness Society (a non-profit helping indigenous communities struggling with addiction) agrees the impact of residential schools – the last of which closed its doors in 1996 – still permeates indigenous communities today.

“The deep-rooted trauma which Canada’s aboriginal people suffered through the assimilation of their culture by the Canadian government has been carried on through generations,” she says. “Today we continue to see a drastic and tragic rise in death by suicide within our aboriginal youth.” According to Wormell-Street, many children are being lost into the child welfare system because mothers and fathers do not have the supports necessary to make good decisions. “Our society is broken. We are failing our future generations – this is unacceptable and it is time for change.”

Posted by ajohnstone at 2:24 pm