Mutual Aid is there for the Asking 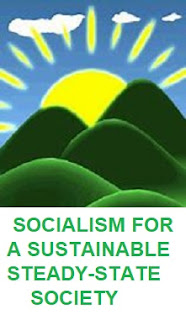 Many still cling to the hope that the COVID-19 crisis will transform the use of state power into an altruistic tool acting on behalf of the vulnerable and powerless, rather than view it as an opportunity for governments to harness the state’s intervention to advance the oligarchy’s interests and increase its privileges. Nationalist and populist political leaders are stoking prejudice and  xenophobia accusing cunning foreigners of nefarious scheming. Aspiring strongmen politicians are reinforcing divisions while at the same time rewarding their corporate sponsors and donors.

Our message to our fellow-workers is that those who do not own the means of production are nothing but the slaves of those who do. The forces of production long ago reached the point where they could produce the abundance necessary for the change from private ownership into social ownership. The interdependence of society has outgrown local and national bounds and is world wide. The workers of the world must organise politically to dispossess the capitalist class of the means of production and distribution and establish common ownership. The Socialist Party urges our fellow working men and women of all nations and races to join with the World Socialist Movement in order to free society from the tyranny of class rule. Socialism requires an economy developed to the point where production for need supersedes production for profit. Humanity will no longer produce goods to be exchanged for money on the market. It will produce use values distributed to all members of society in order to satisfy their needs

The only real way forward, in the end, is the world socialist cooperative commonwealth.