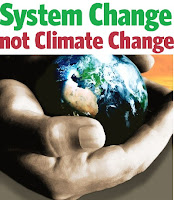 A  new report, from Oil Change International and Friends of the Earth (FOE) U.S., focuses on financing for oil, gas, and coal projects from members of the Group of 20 (G20), which comprises governments and central bank governors from 19 countries and the European Union show governments continued to pour $77 billion a year in public finance into propping up the fossil fuel industry.

The new report—Still Digging: G20 Governments Continue to Finance the Climate Crisis (pdf)—warns that "with the health and livelihoods of billions at immediate risk from Covid-19, governments around the world are preparing public spending packages of a magnitude they previously deemed unthinkable...We cannot afford for the wave of public finance that is being prepared for relief and recovery efforts to prop up the fossil fuel industry as it has in the past. Business as usual would exacerbate the next crisis—the climate crisis—that is already on our doorstep.


FOE U.S. senior international policy analyst Kate DeAngelis said in a statement, "Our planet is hurtling towards climate catastrophe and these countries are pouring gasoline on the fire to the tune of billions,"

Oil Change International research analyst Bronwen Tucker said, "Government money must instead support a just transition from fossil fuels that protects workers, communities, and the climate—both at home and beyond their borders. Instead of bankrolling another major crisis—climate change—our governments should invest in a resilient future."

Most of this fossil fuel finance flowed to wealthier countries," the report says, noting that China, Canada, Japan, and Korea provided the most public finance for dirty energy projects from 2016 to 2018.


"It is unacceptable that such a high investment, which will provide billions of profits for foreign companies like Total, is contributing to the impoverishment and oppression of already vulnerable local communities," said Justica Ambiental director Anabela Lemos.
"Peasant and fishing families have lost their livelihoods for a lifetime," Lemos added. "The discovery of gas has stolen their identity and failed to provide them with the conditions stipulated in the so-called community consultation processes." 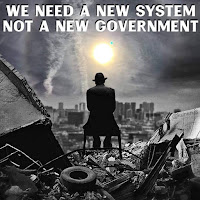 Posted by ajohnstone at 5:36 pm