The economy has grown enormously since 1970. So if workers did not get a share in the newly created wealth, who has it? The top 1%.

The wealthiest one percent owns about 38 percent of the privately held wealth in the United States.


Americans’ wealth amounts to about $88 trillion. If you divided up all the privately held wealth equally, every household in the US would be worth $698,000. That is, they’d all have their own home plus substantial investments.

But needless to say, the wealth isn’t divided up equally. The top ten percent of households, 12.6 million households own 76% of the privately held wealth. 90% own only 24 percent of the wealth. 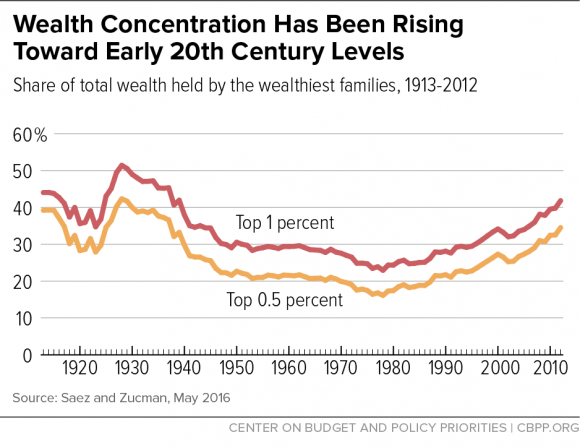 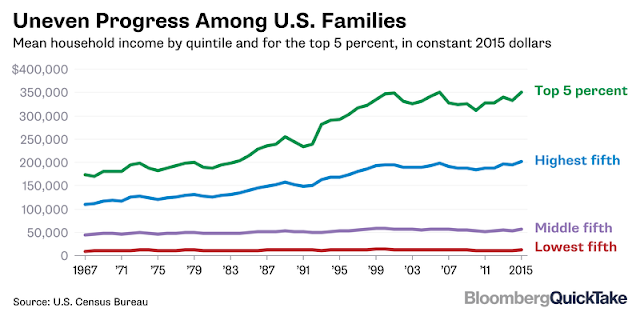