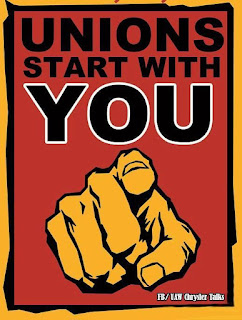 In America, according to an estimate from Nobel Prize-winning economist Joseph Stiglitz, the top 1 percent of earners take home 25 percent of the nation’s income and control 40 percent of the wealth. Meanwhile, working-class wages have fallen over the past 40 years.

Membership in labor unions peaked in 1954 with 34.8 percent of workers, according to the Congressional Research Service, and has fallen since.

In 2015, 11.1 percent of American workers were members of a union, according to U.S. Department of Labor statistics. And that year median wages for union members were about 26 percent higher.

Why has union membership fallen?

One reason is that America’s workforce has largely shifted from low-skill manufacturing jobs — which are largely homogenous and easy to organize — to jobs involving high-skilled tasks that require a college education, and which are often more individualized. Moreover, with globalization and the outsourcing of jobs, American workers and the U.S. economy have been forced to compete against other countries where labor is often cheaper. Unions, by offering members higher wages, push up the cost of production and make it harder for American firms to compete. Add factory automation and the “demand for unskilled labor fell relative to the demand for skilled labor,” researchers at the Center for Economic Studies of the Census Bureau explained in a 2012 report. The Bureau defines unskilled workers “as clerical workers, laborers, operatives, and sales personnel, while skilled ones are taken to be craftsmen, managers, and professionals”

Dierk Herzer of Helmut-Schmidt-University in Hamburg, Germany examined the relationship between union membership and income inequality. He looks at two figures: The income share of the top 10 percent of earners in each U.S. state over the years 1964-2012, to measure inequality, and the rate of union membership in each state.

Cherrie Bucknor, author of the report added that “unionization for Black workers is critical to narrowing the wage gap between Black and white workers. When talking about growing wage inequality, you can’t exclude unions and the role they play in that discussion.”