Draft leaflet on the EU Referendum 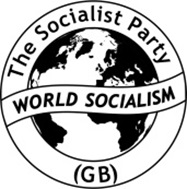 
We face months of debate over Britain staying in or leaving the European Union. It will dominate headlines and all political discussions, yet it is not the most pressing issue facing us by a long shot,
In the UK thousands of early deaths each year are related to poor diet, fuel poverty and inequality. Wages have only just returned to the same value they had in 2008, before the Great Crash, and are growing slowly. 1.7 million people are unemployed (according to official statistics) and millions more are in insecure and stressful jobs.
In reality, it doesn’t matter for the vast majority of us. Yet the politicians and journalists are full of discussions about whether or not Britain should be part of the EU.
Those who own the productive wealth of society aren’t going to willingly let their capital lie idle. In or out of the EU, they will need workers and seek profits in pretty much the same way. They will always seek to make the most profit they can, and they will need the labour of those of us who work to make their profits for them.
In order to do business, there will have to be arrangements with other governments, especially those that neighbour Britain. Pretty much all free trade agreements have an arbitration process, which will mean courts telling the British government what to do in order to comply with the treaties it signed.
They’ll still need to ensure that goods and workers can get from A to B without massive queues, delays and bureaucracy. The only countries with truly controlled borders are the likes of Cuba and North Korea, whose example is hardly worth following.
The owners of capital will still try to ensure that they get privileged access to the corridors of power, so that the rules and terms of trade are in their favour. Most of us will continue to have as little control over the laws of the land as before.
Worldwide millions die due to lack of available medical services. Starvation exists in the midst of plenty of food. Man-made climate change is changing eco-systems across the world. Millions are displaced by war. These are Human problems, that we must confront on a worldwide scale.
If we want practical control of our own lives, if we want to confront these problems, we have to organise on a worldwide basis, not a national basis. We need to join with the vast majority of the world who do not own a single square inch of it, in order to bring the wealth of the world under the democratic control of everyone, rather than taking sides in a factional dispute between members of the propertied class.