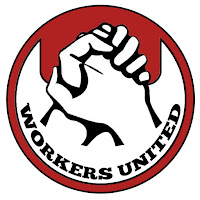 It always strikes this blog as strange how anti-immigration supporters can hold two contradictory positions. It is a popular theme that immigrants are lazy and only come for the welfare benefits. But then, they are also accused of being people eager to work hard for a pittance in jobs that others see beneath them, desperate for any job at any wage.

Working-class white people who cheer billionaire candidate Donald Trump's anti-immigrant rants would themselves benefit from legalizing the immigration status of the approximately 11 million people who currently lack legal papers. How would US-born workers benefit from another program like the 1986 "amnesty" that enabled 2.9 million people to gain legal status?

We have to remember that at present, most working people from our hemisphere only have two ways to get jobs in the United States: Either they enter the country through a temporary "guest worker" program, or else they come here and work without authorization. Employers have so much power over their workers in the guest worker programs that the Southern Poverty Law Center describes the system as "close to slavery." The situation isn't much better for the country's 8 million out-of-status workers. They are subjected to an array of laws and enforcement mechanisms such as workplace raids, E-Verify and checks on Social Security numbers ("I-9 audits") -- measures that are supposed to deter unauthorized immigration. What they actually deter is organizing for better pay and decent working conditions. It's hard to stand up for things like higher wages and workplace safety when the boss can threaten to have you detained and deported. Whether they come here as guest workers or as unauthorized workers, low-paid immigrants are inevitably forced into competition with US-born workers. As always in this type of "race to the bottom," only the employers win. Take away the enforcement measures and the wages of the lowest-paid immigrants will rise, pushing up wages for US citizens and legal residents as well.

Economists are split on how much undocumented workers' wages would go up after a decree of amnesty, but they agree that the gain would be substantial. The Center for American Progress estimated in 2014 that a limited deferral of deportation for undocumented people -- such as President Obama's Deferred Action for Parental Accountability (DAPA) for out-of-status parents of US citizens -- would raise pay by about 8.5 percent for those who qualify. Estimates for the effects of a full-scale legalization go as high as 25 percent. The media is generally silent on the exploitation of immigrant workers and the wage benefits of legalization. Far from admitting their own role in US wage stagnation, employers pretend undocumented immigrants themselves are responsible for being forced into competition with US-born workers.

The direct wage impact of a new amnesty would be important, but probably less important than the stimulus that legalization would provide to labor organizing. Undocumented workers have shown a remarkable ability to organize, even under present conditions. To give just one example, the national Fight for $15 campaign started with organizing among low-wage workers in New York City, according to The American Prospect. These workers are largely undocumented, and many of them are from Latin American and Caribbean countries with a long history of labor militancy. How much more organizing could they do if they weren't constantly looking over their shoulders for immigration agents? Wouldn't US-born workers rather have people like this as willing allies rather than as involuntary competitors? Employers understand this organizing potential, so they do everything in their power to set US-born workers against their immigrant coworkers, the same way that the Southern aristocracy encouraged racism under Jim Crow to keep poor white people from uniting with African Americans.

From here
Posted by ajohnstone at 8:00 pm