Asians are on the move 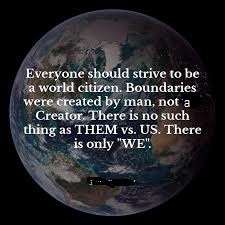 Each year, some two million Filipinos depart for work overseas. More than half a million workers leave Bangladesh, India, Indonesia and Pakistan annually. Key destination countries for many include Brunei Darussalam, Kazakhstan, Malaysia, Maldives, the Russian Federation, Singapore and Thailand. The people of Asia and the Pacific are on the move.

Globally in 2013 there were more than 213 million migrants worldwide with over 59 million living in the Asia Pacific region, marking a growing trend since 1990. A U.N. report says worldwide, over 95 million migrants came from countries in the Asia Pacific region; a rise of almost 50 percent over the past two decades. And, the report indicated, this trend is set to continue.

Hongjoo Hahm, deputy executive secretary of the U.N.’s Economic and Social Commission for Asia and the Pacific (UNESCAP) said the main driver propelling migration in the region is economics. “Economic gains is why migrants are on the move and we see the migrants largely moving unlike in other regions of the world. In Asia, one of the biggest and unique characterization is migration occurring from South to South except to say those going to the Gulf  countries,” he said.

Restrictions imposed on migrant workers in some host countries impact migrant rights and limit their access to social protections. The U.N. report says such restrictions are often economically unjustified and are harmful to human rights. Hongjoo said issues such as migrants’ direct impact on local wages and inequality was also found to be quite small. “What we do find on the other hand is the impact on wages, on inequality and employment is mostly predominantly determined and is a function of government policies – not on migrants, stated Hongjoo. "When you provide migrants with decent work, when you treat migrants as your own, assimilate them into your economy and treat them as national labor – it really benefits your national economy.”

Too often, prejudice against migration and unilateral approaches guide responses to migration challenges, rather than evidence based and cooperative ones. Phil Robertson, Asia Pacific deputy director for Human Rights Watch, said regional governments, such as Malaysia, prefer “short term” irregular migration, leaving many migrants in the irregular or underground economy faced with little protection. “Through all these issues is an exaggerated sense of national security that somehow these refugees and migrants constitute some sort of threat to their countries," he explained. "You see this in Thailand, where there’s often reference to migrants or refugee mobs, you see this in Malaysia where there’s an effort to try to continues to keep refugees out of the formal economy, not giving them the right to work.”
What is more, restrictions have negative impacts on national workers as well as migrant workers. Some restrictions lead to irregular migration and informal employment, where the rights of migrant workers can be easily violated. When national workers find themselves in competition with these migrant workers who are often exploited by unscrupulous employers who pay less than legal minimum wages, and force them to work longer hours in unsafe conditions, a race to the bottom in terms of wages and labour standards ensues. Under this scenario migrants contribute to overall economic development, but their benefit to the economy is reduced, and distributed unequally, while the migrants themselves are put at unnecessary risk. It is quite widely assumed that migrants “take” jobs from nationals, and drive down wages. However, the evidence shows a more nuanced picture. In general, migration is beneficial for most of those involved, resulting in higher GDP growth in countries of destination, increased wages for migrants, and benefits in terms of remittances for countries of origin. It is true that migration can carry costs, especially for national workers at the low end of the skill scale in countries of destination who may find themselves in competition with migrants for jobs and whose wages may face downward pressure as a result of migration. As migrants make up a relatively small share of most labour markets, however, their overall contribution, both positive and negative, is relatively small and varies according to sector. Migration alone is therefore not solely responsible for economic successes or for negative outcomes in destination countries, rather it is the prevailing economic and policy context which shapes the impact of migration.

An assessment of evidence from major countries of destination for migrants from Asia and the Pacific shows that this finding likely holds for migrant workers, thus the benefits of promoting decent work for migrant workers will spill over to national workers through reduced pressure on wages, employment and working conditions. The same holds for social protection: extending social protection to include migrants as well as national workers will help to ensure that migrant workers are productive, and that national workers are protected against unscrupulous competition. Similarly, there are strong arguments for ensuring that migrant workers have adequate health protection. Most importantly, the right to health is a human right that all countries are obligated to ensure. More pragmatically, healthy migrants are more productive workers. Finally, protecting the health of migrants also represents an investment in the health of the whole population.