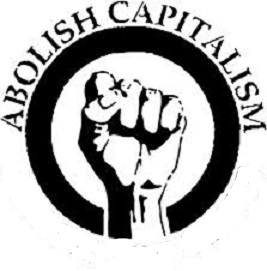 The former governor of Florida was elected to the Senate in 2019.

Sen. Rick Scott of Florida started his career in business, which is where he made the bulk of his wealth. He created one of the largest hospital networks, the Columbia Hospital Corporation.

Sen. Mark Warner of Virginia is one of the wealthiest members of the U.S. Senate and in fact of the entire Congress. As of the latest information, from 2018, his net worth is approximately $215 million.4

Born in 1954, Warner grew up in a middle-class family. From as early as his college years, Sen. Warner had political aspirations. At one point during his time as a political science student, he even suggested to his parents that he would one day become president.

The bulk of Warner’s wealth came from Columbia Capital, a venture capital firm he founded shortly after graduating from law school. Under his direction, the firm made several successful early investments in companies in the telecommunication industry, including XM Satellite Radio and Nextel Communications.

Sen. Romney needs no introduction, having been the unsuccessful Republican candidate for the presidency in 2012. The U.S. senator for Utah is the third-wealthiest senator, with a net worth estimated at $175 million.5

Like most of the wealthiest senators, Romney made his fortune in business before he got started in politics. He co-founded and ran the private investment firm, Bain Capital.

A former Indiana representative in the House, Mike Braun is now the state’s junior senator. Worth an estimated $137 million,5 Braun earned his millions as the CEO of Meyer Distributing, a maker of truck parts and equipment.

Today, he is one of the wealthiest, and also most politically conservative senators.

Sen. John Hoeven has served as the senior U.S. senator from North Dakota since 2011. Before that, he was the state’s governor for 10 years. Hoeven’s net worth has been estimated at $47 million.6

Blum Capital, a private equity firm founded in 1975 by her husband, Richard Blum, is the source for most of that wealth.7

Wisconsin Senator Ron Johnson started out in the late ’70s as an accountant at PACUR, a Wisconsin-based polyester and plastics manufacturing company owned by his brother-in-law. He moved up through the ranks, and became the company’s CEO by the mid-’80s.

Sen. Johnson has an estimated net worth of $78 million.8

James Risch has been the junior senator from Idaho since 2009. He was previously the state’s governor.

He has an estimated net worth of $42 million, much of it in farm and ranch land in Idaho.9

Sen. Mitch McConnell of Kentucky, currently the minority leader of the U.S. Senate, has an estimated net worth of $34 million as of 2018.10

McConnell has been a senator since 1984. The bulk of his wealth comes from a gift his father bestowed on him in 2008. He and his wife, Elaine Chao, also reported a gift of between $5 million and $25 million from her family in his 2008 disclosure.11 Chao, who is an economist, was a cabinet secretary in the administrations of George W. Bush and Donald J. Trump.

Most of McConnell’s wealth is reported to be held in a Vanguard 500 Index fund.

Steve Daines of Montana is estimated to be worth $33 million, rounding out the top 10 wealthiest senators of the 116th Congress. Before becoming a politician, Daines was an executive at Proctor & Gamble, before becoming an executive vice president at cloud services startup RightNow Technologies in 2000. That company went public in 2004, and was acquired by Oracle in 2012, a windfall for Daines.12 That year, Daines first ran for office.