We have little time left. 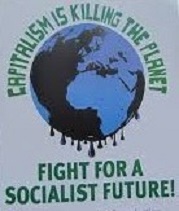 The much-vaunted COP21 climate talks in Paris have only a matter of a few days to go now. The charade will end, as previous conferences have ended, with lofty rhetoric and ineffectual cosmetic reforms.

Speaking on behalf of Friends of the Earth International, spokesperson Asad Rehman, said, "The chasm between rhetoric and action continues to grow."
Lucy Cadena, a campaigner for Friends of the Earth International, said. "There have been piecemeal pledges for finance for vulnerable countries to adapt, but nothing consistent or in line with rich nations’ fair share of effort. Nor is there clarity on support to enable the poorest to recover from unavoidable impacts of climate change. Those who grew rich through a dirty climate-changing system and addiction to carbon pollution are leaving poorer countries to foot the bill as if they carry equal responsibility."

In a way we socialists are climate change denialists. No, we don't deny that global warming is real, or that it is man-made. We deny that there is any reason to expect that any meaningful change in economic or political policy that would curtail the impending climate change is a reasonable expectation to hold. We can expect more of the same (token speeches and gesture investment.) It seems clear that nothing substantive will emerge out of the Paris Summit other than capitalism "agreements" (nothing legally binding, of course, just voluntary) all pretty window-dressing for the coming ecological collapse.

Political leaders spend their time on "issues" that would "make sense" in a "real world and to “pragmatically decide that we can't do this, we could never do that, we must have this, we could never do without that, etc. We, the people, though, can break out of this mind-set. We are not without "options", only the willingness to do what is necessary. If we are to have any chance of redressing and reversing the calamitous impacts of climate change, it is going to require the contributions of people everywhere, and is only thinkable in a world where the opportunity to realize one’s full potential (individually and societally speaking) is radically redistributed. People are increasingly learning to connect the dots to address the root causes. Effectively dealing with climate change will not happen without fundamental changes to the economic and social system. That means moving to a vastly more just and equitable world. We have little time left.

We are indeed climate change skeptics. The political and financial clout of the existing fossil fuel corporations represent a formidable opposition. The global elites have no intention of interfering with the profits, or ending government subsidies, for the fossil fuel industry and the extraction industries. They will not curtail extraction or impose hefty carbon taxes to keep fossil fuels in the ground. They will not limit the ceaseless expansion that is the engine of global capitalism. Our ruling class will continue to mouth platitudes about saving the planet but will maintain at any cost global capitalism and the profit system. 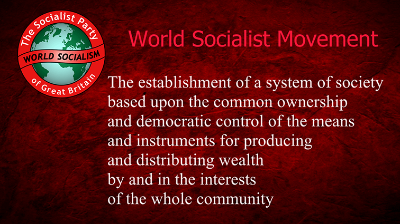