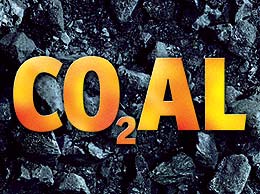 For years, scientists have warned us that we need to act on climate change. The warning signs have been obvious. Capitalist politics of business-as-usual cannot solve this environmental crisis. We need to look at radical measures adequate to the challenge. The technology for a zero-carbon emission economy already exists. But the fundamental block to action is not the lack of technology. The real problem is that government and industry are stopping serious climate action. A safe climate is not possible unless an informed population fights for it.  It is clear that capitalism cannot accomplish these objectives. If we do not want to undermine the ecological conditions that support civilisation, what else can accomplish these goals other than socialism with common ownership of the means of production and democratic planning? Capitalism has always failed to provide food, education, and health-care to at least hundreds of millions of people so what hope is there for those who place the hope of humanity into the hands of the capitalist class when it has never delivered on its promises of raising living standards and bringing about freedom from daily drudgery. If you’re concerned about the future of humanity and the natural world and you believe we need to take immediate corrective steps, then you must establish a socialist society first and foremost. In a nutshell, what we mean by ‘socialism’ is a world economy controlled by workers and devoted to the needs of humanity rather than the narrow interests of investors. Humanity is at a crossroad and capitalism is in the way. Socialism has its material roots in the inability of capitalism to solve humanity's problems. Working people gravitate toward a radical critique of society out of necessity, out of a sense that the existing arrangements of society fail to fulfill their material needs.

Socialism aims for an economic system based on human need. Socialism is a rebalancing of the world — transforming society to a more ecocentric worldview. With a systemic analysis, we understand the crises of economic exploitation and environmental catastrophe as inextricably linked where profit is the highest goal attained by growth at all costs and a devastated climate is the symptom of a systemic malady. The earth’s climate is changing quickly, much faster than experts thought. There is no doubt what is causing this: the warming of the atmosphere as a result of emissions by greenhouse gases, mainly CO2 from the burning of oil, coal and natural gas. The urgency is intense because the measures we need to take have been put off for decades. Governments and businesses have ignored the warnings. Solutions exist so why do governments not take the necessary steps? The answer is simple: because the governments are at the service of the multinationals who are waging a war of competition for maximum profit. Governments prefer to destroy the planet , and threaten humanity with barbaric chaos endangering the lives of hundreds of millions of people.

Mankind has struggled to harness nature through years of technological revolution and today finds itself up before the last obstacle: capitalism. It is possible to stop the climate catastrophe while guaranteeing a dignified life for all. On one condition: establishing a socialist society.