Our future can only be a socialist one 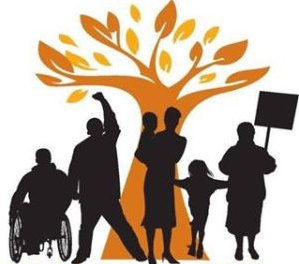 The planet is dying, or more accurately, it is being killed and we all know it. Massive extinctions threaten to destroy the complex system of interactions and mutual support that maintains all life on the planet, humans included.  People don't seem to be able to do much about it. Perhaps we choose one issue and work to correct it—the "single-issue approach"—while inevitably leaving the other problems for other people. Many of us understand that the real, underlying problem is a much larger one and that all the forms and types of environmental destruction are related, that they are caused by how we humans live on the earth. Few people are talking about the basic problem or the basic solution.

The Socialist Party is devoted to shining a light upon the realities of capitalism. Capitalism—the pursuit of profit—is a global system; the entire world is under its control. This relatively recent and unnatural system of social relationships, which pits capitalists against the rest of humanity, is lurching towards the destruction of civilization, destroying the ecological fabric of the planet. Capitalism cannot be reformed and must be replaced. It is impossible to humanize it; one must dismantle it, instead. We would like to see an institution of genuine socialism, run perhaps via organs of direct social power such as workplace and neighborhood councils. The Socialist Party opposes capitalism and strives for its total abolition, be it ‘corporate’ capitalism, ‘free market’ capitalism, ‘crony’ capitalism, ‘Keynesian’ or ‘state’ capitalism with government “planning” and a more “fair” wealth re-distribution, ‘green' capitalism with its worker-owned co-ops making..... or any other version.

Please spare us talk of how “we are all equally at fault,” “it’s just human nature,” and “we need to all come together and recognize our common humanity,” or false hopes that the ruling elites will somehow do the right thing. There is no one “we.” There is the vast majority of ordinary humans on one hand, and a tiny segment of ruling elites who are psychopaths and sociopaths, determined to keep their system going and their social power intact no matter what, who have made and continue to make the essential decisions which have led to the current situation of near-term extinction.

The tiny controlling elite, private or state, collectively exploits the workers by appropriating the "surplus value" contained in what they produce (that is, the value of their product that is in excess of the value of their wages), and with this profit expands the system of production, strengthening its control over them and extending it over other people and places. The recognition that there are basically just two conditions for all people living within capitalist social relations—that of the exploiter and the exploited—is the foundation of Karl Marx's "class analysis" of modem society. Everyone who works for someone else, everyone who earns a wage or salary, is a member of the exploited "working class." Modern sociological "class" categories such as "lower class," "middle class," "upper-middle class," are confusing terms that really only describe social status or income levels within Marx's working class. All workers are employed either to create profit or to maintain the smooth functioning of the profit-making system for the owners or ruling class. The level of the salaries they earn does not change the qualitative fact of exploitation. Furthermore, all workers are expendable, even the highly paid ones.

The satisfaction of human needs is not the purpose of the capitalist system; rather, its sole function is to make as much profit as possible ("maximise the creation of new capital"), to expand continuously. This process takes the form of the accumulation of wealth by the owners of capital ("capitalists"); the purpose of the wealth is to acquire and maintain social control. This compulsion toward continuous growth is clearly impossible in a world with built-in limits such as the earth—limits to the "resources" which can be extracted and to the abuses which can be tolerated. In short, the system is irrational, doomed not only by its own inner contradictions but by planetary tolerances as well. The present destruction of the earth is just the inevitable result of this irrational form of social relations.

Some critics in the environmentalist movement claim that modern industrial modes of production and inherently harmful forms of technology are the problem, and that a sustainable capitalist economy could be based on "alternative" or "appropriate" technologies. They do not understand why modern industrialism has developed as it has, and why it will not be abandoned willingly, for example through legislation, by those who control it—corporations and states. The reason is profit. Only through increasingly high-tech, industrial methods of production can capitalists continue to maintain profitability. To abandon their earth-killing activities is, for them, to abandon power, social control, indeed, their very identities as "capital personified and endowed with consciousness and a will." (Marx)

Reforms of the capitalist system have no possibility of successfully saving the planet. The Greens' policy of "ecological capitalism" is one of despair and delusion; the market system depends upon environmental destruction for its very existence. All capitalist enterprises are compelled to maximize their rates of profit and accumulation of new capital, lest they be eliminated by their competition. Thus a "slow-growth" form of capitalism is out of the question. A "no-growth" form is impossible by definition; if capital is not expanding it is not capital. And there is no room for expansion left.

The most basic change required is the shift from today's insane production for profit to a rational system in which human productive activity is based upon genuine needs. These real needs, however, cannot be thought of as strictly human ones—instead, we have to have equal concern for the "ecological needs" of the earth, of all the plants, animals and physical components of the biosphere that together, and only together, guarantee a secure future for each other, humans included. Global ecological health and stability have to be the highest priority of human society. We must become responsible "stewards of the earth."

Such a change will require a global social revolution, in which the class structure of capitalism is replaced by a classless society of freely associated people living responsibly and wisely. An ecologically-viable mode of society can only be based on complete social equality. Private control of land and social resources, the money system, and wage labour, all of which are bases of capitalism, must be eliminated. Human activity must be guided by an understanding of the tolerances of the ecological foundations of each city, town, or, and social products must be freely distributed as needed. Genuine community must be restored. We must care for each other and work together for common ends in a non-hierarchical society without controlling elite groups. People must be responsible for and make decisions themselves on all the matters that affect their lives.

It is time for people who care about the earth to come together in an effort that goes beyond mere single-issue activism. Environmental activists who do not understand the deep, underlying root cause of the problems they devote their efforts to solving will never recognise why they always fail to reverse the trend toward destruction. And they will never succeed unless they link together, not only with other environmental activists but with other people fighting to eliminate capitalist exploitation in all of the forms—economic, sexual, racial, or familial—which now permeate every corner of the earth and all aspects of our daily lives. It means educating ourselves and each other so that we all understand the true nature of the so-called "society" we live in, and what our real, common interests are. It means working together in a new, united, powerful attack against the interests of the rulers we slave and die for, so that we can create a real society of equals. Deepening our understanding of the roots of the current global crisis and linking our struggles to those of other people will entail thinking and acting in new ways. We need to read deeply and widely to develop this understanding, and we need to come together in discussion groups to share it and to forge links. We have to stop allowing (or asking) others to make decisions for us; we need to take action ourselves. We can only act effectively together, therefore we have to break down the isolation in which our collective strength is lost.

Marx and many others have emphasised the terrible human impacts of the capitalist system—poverty, misery, madness, suicide, alienation of the individual from himself and from others—and its injustice. Calls for and movements toward social revolution against the capitalist system have historically been based on this moral fact of injustice—capitalism is an evil system which benefits a few by exploiting the rest. Today there is a new reason to destroy capitalism. If we don't destroy it, it will destroy the Earth we (and millions of other species) live on. Recognition of the ecological need for revolution does more than simply provide another motivation. It supplies an element of urgency, a time limit that never existed before. We know that the earth's ecological tolerances have built-in limits, and that we are rapidly approaching them. Soon we will reach the point of no return. How long will it take before the oceans are irrevocably poisoned, the soils lost, the ozone layer gone? How much time do we have to construct a new, ecologically viable mode of human society? One thing is certain: if we have a future, it will not be a capitalist one.
Posted by ajohnstone at 5:30 am