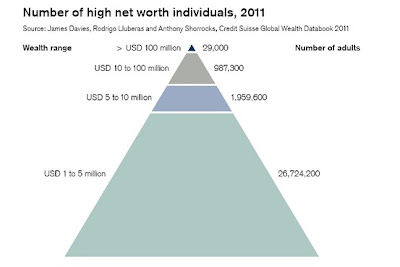 The wealth of the rich grew 29% — about twice as fast as the wealth in the world as a whole.