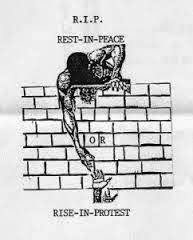 Dostoevsky said, "The degree of civilization in a society can be judged by entering its prisons"

The political journalist Chris Hedges has written a biting criticism of the American prison industry. The US prison-industrial complex, holds 2.3 million prisoners, or 25 percent of the world’s prison population, and from 1970 to 2005, increased its prison population by about 700 percent, makes money by keeping prisons full. He writes “Prisons are a grotesque manifestation of corporate capitalism. Slavery is legal in prisons under the 13th Amendment of the U.S. Constitution. It reads: ‘Neither slavery nor involuntary servitude, except as punishment for crime whereof the party shall have been duly convicted, shall exist within the United States. …, And the massive U.S. prison industry functions like the forced labor camps that have existed in all totalitarian states.”

Other extracts worth quoting are

“Prisons employ and exploit the ideal worker. Prisoners do not receive benefits or pensions. They are not paid overtime. They are forbidden to organize and strike. They must show up on time. They are not paid for sick days or granted vacations. They cannot formally complain about working conditions or safety hazards. If they are disobedient, or attempt to protest their pitiful wages, they lose their jobs and can be sent to isolation cells. The roughly 1 million prisoners who work for corporations and government industries in the American prison system are models for what the corporate state expects us all to become…The wages paid to prisoners for labor inside prisons have remained stagnant and in real terms have declined over the past three decades. In New Jersey a prisoner made $1.20 for eight hours of work—yes, eight hours of work—in 1980 and today makes $1.30 for a day’s labor. Prisoners earn, on average, $28 a month. Those incarcerated in for-profit prisons earn as little as 17 cents an hour. However, items for sale in prison commissaries have risen in price over the past two decades by as much as 100 percent. And new rules in some prisons, including those in New Jersey, prohibit families to send packages to prisoners, forcing prisoners to rely exclusively on prison vendors….
…States, in the name of austerity, have stopped providing prisoners with essential items including shoes, extra blankets and even toilet paper, while starting to charge them for electricity and room and board….
Debt peonage inside prison is as prevalent as it is outside prison…. there is a 10 percent charge imposed by New Jersey on every commissary purchase. Stamps have a 10 percent surcharge. Prisoners must pay the state for a 15-minute deathbed visit to an immediate family member or a 15-minute visit to a funeral home to view the deceased. New Jersey, like most other states, forces a prisoner to reimburse the system for overtime wages paid to the two guards who accompany him or her, plus mileage cost. The charge can be as high as $945.04. It can take years to pay off a visit with a dying father or mother.
Fines, often in the thousands of dollars, are assessed against many prisoners when they are sentenced. There are 22 fines that can be imposed in New Jersey, including the Violent Crime Compensation Assessment (VCCB), the Law Enforcement Officers Training & Equipment Fund (LEOT) and Extradition Costs (EXTRA). The state takes a percentage each month out of prison pay to pay down the fines, a process that can take decades. If a prisoner who is fined $10,000 at sentencing must rely solely on a prison salary he or she will owe about $4,000 after making payments for 25 years. Prisoners can leave prison in debt to the state. And if they cannot continue to make regular payments—difficult because of high unemployment—they are sent back to prison….

…The three top for-profit prison corporations spent an estimated $45 million over a recent 10-year period for lobbying that is keeping the prison business flush. The resource center In the Public Interest documented in its report “Criminal: How Lockup Quotas and ‘Low-Crime Taxes’ Guarantee Profits for Private Prison Corporations” that private prison companies often sign state contracts that guarantee prison occupancy rates of 90 percent. If states fail to meet the quota they have to pay the corporations for the empty beds…

…Corporations have privatized most of the prison functions once handled by governments. They run prison commissaries and, since the prisoners have nowhere else to shop, often jack up prices by as much as 100 percent. Corporations have taken over the phone systems and charge exorbitant fees to prisoners and their families. They grossly overcharge for money transfers from families to prisoners. And these corporations, some of the nation’s largest, pay little more than a dollar a day to prison laborers who work in for-profit prison industries. Food and merchandise vendors, construction companies, laundry services, uniforms companies, prison equipment vendors, cafeteria services, manufacturers of pepper spray, body armor and the array of medieval instruments used for the physical control of prisoners, and a host of other contractors feed like jackals off prisons. Prisons, in America, are a hugely profitable business….for-profit companies presently control about 18 percent of federal prisoners and 6.7 percent of all state prisoners. Private prisons account for nearly all newly built prisons. And nearly half of all immigrants detained by the federal government are shipped to for-profit prisons…

The full shameful story can be read here