The Fall in Democracy

"I promised I will give you the right to vote but I didn’t say anything about counting those votes.” an anonymous national leader.

The Stockholm-based International Institute for Democracy and Electoral Assistance (International IDEA) reported half of the democratic governments around the world are in decline, undermined by problems ranging from restrictions on freedom of expression to distrust in the legitimacy of elections.

Some of the key findings in the report titled “The Global State of Democracy Report 2022 – Forging Social Contracts in a Time of Discontent”  were the number of backsliding countries –-those with the most severe erosion of democracy– is at its peak, and includes the established democracy of the United States, which still faces problems of political polarization, institutional dysfunction, and threats to civil liberties.

ASIA AND THE PACIFIC

# Democracy is receding in Asia and the Pacific, while authoritarianism solidifies. Only 54 per cent of people in the region live in a democracy, and almost 85 per cent of those live in one that is weak or backsliding. Even high- and mid-performing democracies such as Australia, Japan and Taiwan are suffering democratic erosion.

AFRICA AND THE MIDDLE EAST

# Despite myriad challenges, Africa remains resilient in the face of instability. Countries including The Gambia, Niger and Zambia are improving in democratic quality. Overcoming a restricted civic space, civic action in several countries has created opportunities to renegotiate the social contract; outcomes have varied by country.

In Western Asia, more than a decade after the Arab Spring, protest movements continue to be motivated by government failures in service delivery and economic opportunities—key aspects of social contracts.

# Democracies are struggling to effectively bring balance to environments marked by instability and anxiety, and populists continue to gain ground as democratic innovation and growth stagnate or decline.

# In the US, threats to democracy persist after the Trump presidency, illustrated by Congress’s political paralysis, counter-majoritarianism and the rolling back of long-established rights.

# Although democracy remains the dominant form of government in Europe, the quality of democracy has been stagnant or in decline across many countries.

# Nearly half of the democracies—a total of 17 countries—in Europe have suffered erosion in the last five years. These declines affect 46 per cent of the high-performing democracies. 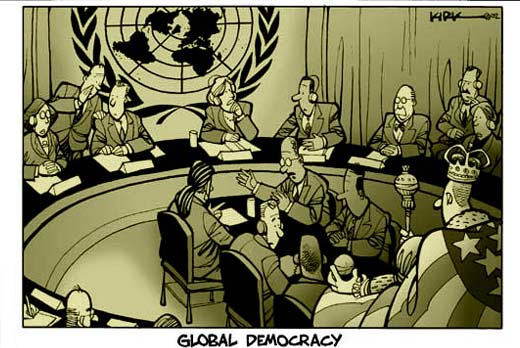 Posted by ajohnstone at 4:03 am