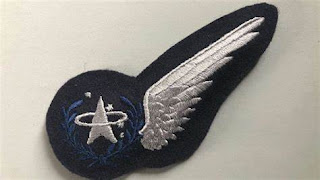 Space Command, at RAF High Wycombe,  is the UK's first command centre and is aimed at protecting the country's interests in space. It will also provide command and control for all of the UK's space capabilities, including the UK's Space Operations Centre, RAF Fylingdales, SKYNET and others.

The UK is spending an additional £1.4bn on space capabilities over the next 10 years.

Air Chief Marshal Sir Mike Wigston, the head of the Royal Air Force, told Sky News: "Right now we see countries like Russia and China testing and demonstrating anti-satellite weapons - satellites with all the characteristics of a weapon deployed in space. We see them rehearsing, manoeuvring, which frankly has only one purpose which is to destroy satellites, so that is a real concern to us and that's behaviour that we would want the international community to call out."

It seems that there are nations determined to use various loopholes to flout the 1967 Outer Space Treaty which bans the placement of weapons of mass destruction in space, and establishing military bases, testing weapons and conducting military maneuvers on celestial bodies.