It is your future 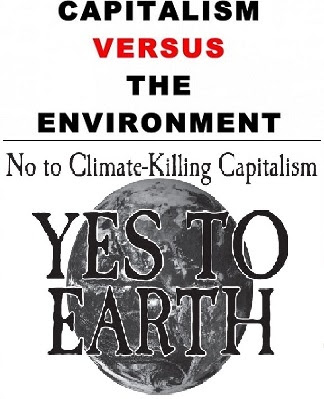 The long-awaited IPCC report has now been made public and it does not make for any reassuring reading.

A 2m rise in sea levels by the end of this century "cannot be ruled out".

The IPCC report is a "Code red for humanity, the alarm bells are deafening," said UN Secretary-General, António Guterres. "If we combine forces now, we can avert climate catastrophe. But, as today's report makes clear, there is no time for delay and no room for excuses."

As if we needed to be told from all our own viewing of extreme weather events around the world Prof Ed Hawkins, from the University of Reading, UK, and one of the report's authors, the scientists cannot be any clearer on this point.

"It is a statement of fact, we cannot be any more certain; it is unequivocal and indisputable that humans are warming the planet...The consequences will continue to get worse for every bit of warming,"

Petteri Taalas, Secretary-General of the World Meteorological Organization, said: " We have begun observing extremes more often than before."

“If we do not halt our emissions soon, our future climate could well become some kind of hell on Earth,” says Prof Tim Palmer at the University of Oxford.

The authors say this warming is "already affecting many weather and climate extremes in every region across the globe".

The  Paris climate pact of 2015 aimed to keep the rise in global temperatures well below 2C this century and to pursue efforts to keep it under 1.5C. Under all the emissions scenarios considered by the scientists, both targets will be broken this century unless huge cuts in carbon take place. The report explains that 1.5C will be reached by 2040 in all scenarios. If emissions aren't slashed in the next few years, this will happen even earlier. The new report's best estimate is the middle of 2034. If emissions do not fall in the next couple of decades, then 3C of heating looks likely – a catastrophe. And if they don’t fall at all, the report says, then we are on track for 4C to 5C, which is apocalypse territory.

Tipping points are abrupt and irreversible changes to crucial Earth systems that have huge impacts and are of increasing concern to scientists. The collapse of major Atlantic currents, ice caps, or the Amazon rainforest “cannot be ruled out”, the report warns.

“For the tipping points, it’s clear that every extra tonne of CO2 emitted today is pushing us into a minefield of feedback effects tomorrow,” says Prof Dave Reay, at the University of Edinburgh, UK.

The report's authors are confident and hopeful that if global emissions are cut in half by 2030 and reach net zero by the middle of this century, we can halt and possibly reverse the rise in temperatures.

Abdalah Mokssit, secretary of the IPCC said, “We never dictate any policy to any country – it is for the governments to take the decisions.”

The world has suffered a global pandemic. How did that go? This blog can only say that from the experience of the scientific advice being taken by politicians concerning how to contain coronavirus being, we do not share that optimism.

Fredrick Njehu, Christian Aid's senior climate change and energy adviser for Africa, highlighting the "changing rainfall patterns or overbearing heat" endured by the continent in recent years. He added: "The important thing now is that rich world governments make up for lost time and act quickly to reduce emissions and deliver promised financial support for the vulnerable."

Once more the blog can only point to the utter failure to provide Africa with vaccine despite all the pledges.

“Too many ‘net-zero’ climate plans have been used to greenwash pollution and business as usual,” says Teresa Anderson at ActionAid International. 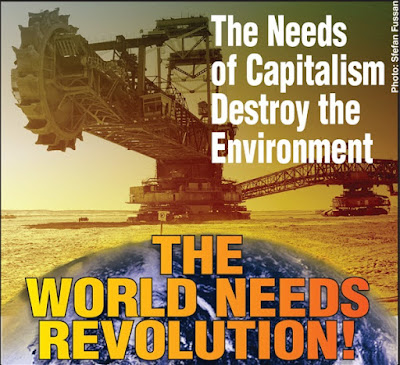 Many thanks for this post. The report is probably what many of us expected, but as you broadly hinted, where in the world can citizens expect governments to do anything really positive for both planet and life? Socialism is the only glimmer of hope.

Already the law of capital accumulation and market expansion and cost-cutting to provide profits for the dividends of share-holders and CEO bonuses are not being mentioned.

Instead, humanity is being blamed as the culprit for climate change. As if your and my carbon foot-print, Janet, and the even more insignificant carbon foot-print of the African peasant or mega-city slum dweller in Asia is culpable as if it is we who make the decisions on what and how and why we produce and manufacture goods that we are left with little choice but to consume.

Why do scientists never point the finger and say J'accuse ?