Slow to act on climate targets 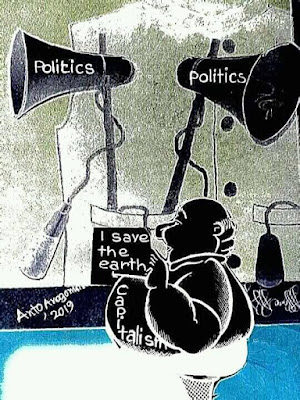 The United Nations head of climate change, Patricia Espinosa, says a little over half of all countries which signed the Paris accord have submitted updated proposals to curb emissions.

In a statement, Espinosa said, "I call on those countries that were unable to meet this deadline to redouble their efforts and honour their commitment under the agreement."

The deadline for submissions passed on July 30. China and India who rank first and third respectively as the world's worst emitters of greenhouse gases have remained silent.

In the 2015 Paris Agreement,  signatories of the accord was given until the end of 2020 to submit their own determined targets, known as Nationally Determined Targets (NDTs). The pandemic meant that the COP 26 climate conference in Glasgow was postponed to November this year.

The amount of natural disasters appears to be have created a sense of urgency from the climate chief, with Espinosa saying, "recent extreme heat waves, droughts and floods across the globe are a dire warning that much more needs to be done, and much more quickly, to change our current pathway. This can only be achieved through more ambitious NDCs."

Some of the worlds smaller countries are taking the Paris agreement seriously. Fifteen countries with what can be considered relatively low rates of carbon emissions submitted pledges this week. The group which includes Sri Lanka, Israel, Malawi, Barbados, Malaysia, Nigeria and Namibia, set themselves ambitious targets.

Posted by ajohnstone at 2:34 am