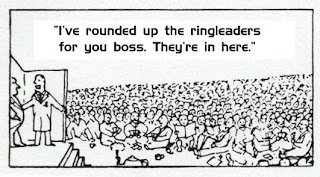 Tens of thousands of people are taking part in the uprising against Bashar al-Assad’s regime. Ordinary Syrians have braved bullets and tanks to take to the streets for 18 consecutive weeks seeking the ousting of President Bashar al-Assad is an indicator of their movement’s resilience. Courage is one quality the protesters do not lack. The nationwide uprising that erupted spontaneously on the streets of Syrian cities remains a largely ad hoc affair, inspired by the revolts in Egypt and Tunisia, driven by anger and frustration with decades of dictatorship.

Many activists operate as tightly knit groups with names such as Trust Circle, the Syrian Creative Revolution and the Revolution of Syrian Youth, they communicate in code, know one another by fake names and exist largely on the Internet. Countless such groups exist around the country, and while they say they do not compete with one another, neither do they coordinate. And even these groups acknowledge that they play only a minor role in fomenting protests, which are sustained for the most part at the local community level by the grievances of ordinary citizens, or by the convictions of people such as the young professional in Damascus who has participated every Friday since March in the demonstrations held in the central neighborhood of Midan.

“This is the purest people’s revolution there ever was,” said a Damascus-based activist who is affiliated with two of the groups engaged in encouraging protests. Leaders are nonexistent, he said, and they wouldn’t be welcomed. “Anyone who puts his head above sea level is taken down,” he said. People are suspicious of those who want to take personal advantage from the revolution.

“I'm really not political. I'm just a guy going to the streets every Friday,” an anonymous Syrian said in an interview conducted over Skype, when asked which of the various protest groups he supports. He hasn’t heard of any of them. “I only want to end the injustice and see a free democracy,” said the man. Nobody tells him that there will be a demonstration, nobody encourages him to go. He just shows up with a group of friends, assuming there will be a demonstration because there always is.

“The people who are on the streets don’t want a leader,” said Dhia Aldeen Dugmosh, a protest organizer who was detained twice and escaped to Beirut. “Not only the Syrian people, but all the Arab people, are fed up with having a leader. It would create dissent and fragmentation.”

Rami Nakhle, a Beirut-based founder of the Local Coordination Committees, the best known of the various groups opposing the regime, explained anointing leaders would be counterproductive for a revolt that has demonstrated a high degree of cohesiveness without formal guidance. “It’s a very important question for the international community but not for the Syrian people,” Nakhle said. “The international community wants to know who will take over, will they be Islamists and so on. We say, democracy will take care of that.”

Posted by ajohnstone at 6:03 am