How much is a billion 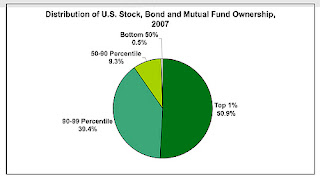 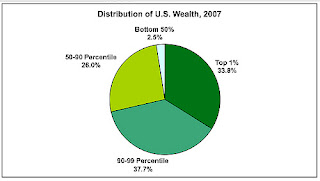 Some capitalists make over a billion dollars a year – each year.

How much is a billion dollars? How can you visualize an amount of money so high? Here is one way to think about it: The median income in the US is around $29,000, meaning half of us make less and half make more. If you make $29,000 a year, and don’t spend a single penny of it, it will take you 34,482 years to save a billion dollars. Some people make more than $1 billion in a year But that is in a single year. If you make vast sums every year, after a while it starts to add up. (And then there is the story of inherited wealth, passed down and growing for generation after generation...)

Top 1% owns more than 90% of us combined. In 2007, the latest year for which figures are available from the Federal Reserve Board, the richest 1% of U.S. households owned 33.8% of the nation’s private wealth. That’s more than the combined wealth of the bottom 90 percent.

Posted by ajohnstone at 3:31 pm

In America it's a thousand million. In Britain it is (or used to be) a million million (what the Americans call a trillion).

I remember that , yet another successful Americanisation of British English