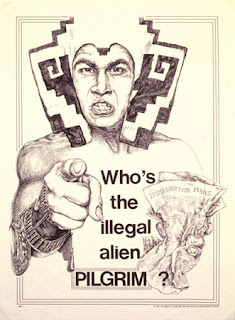 From construction to agriculture, to restaurants to gardening, to childrearing, hotels and home help, illegal immigrants are a major driver of the US economy. They may have no papers, but that does not stop them paying taxes, buying homes and raising children who, if born in the US, are American citizens. Illegal immigrants have become a fundamental part of the American system. Huge swaths of the economy rely on the cheap labour they provide.

In Georgia, Alabama and South Carolina, new laws have been signed that represent the toughest crackdown on illegal immigrants – the vast majority of whom are Hispanics – in America. They give the police sweeping new powers and require them, and employers, to check people's immigration status. In Alabama, they even make helping illegal immigrants, by giving them a lift in a car or shelter in a home, into a serious crime. For many, the laws echo the deep south's painful history of segregation, sending out a message to people of a different colour: you are not wanted here. Andrew Turner, a lawyer with the Alabama-based Southern Poverty Law Centre explained "We view it within the context of the history of the deep south. It is using the law to push out and marginalise an ethnic minority." The critics say that the strict anti-illegal immigrant laws raises the prospect of a new Jim Crow era – the time when segregation was law - across a vast swath of the old Confederacy.

Isabel Rubio, director of the Hispanic Interest Coalition of Alabama points out "It's a huge step backwards. After all the progress that has been made in terms of race, and then his happens. Where do I begin?" she produced a copy of the law and pointed out a shocking segment. In the text there is an exemption for domestic service, meaning that anyone with an illegal immigrant maid is not defined as an "employer" under the law. It was a grim reminder of old social realities. "It's Alabama," said Rubio. "It means you can still have your Latina household help."

Adapted from this Guardian article

Posted by ajohnstone at 4:59 am