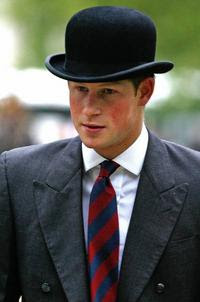 Prince Harry , third in line to the British throne, had a low-key 25th birthday on Tuesday, when he became eligible for some of the £6.5 million inheritance left by his mother, Princess Diana.
Not short of a few pounds , it is understood Prince Harry will not touch the money for now -- it has been invested.
Posted by ajohnstone at 5:23 pm

Harry comes from a family who have scrounged off state benefits more than anyone in the country all their life.

That's right. And it's not even means tested.