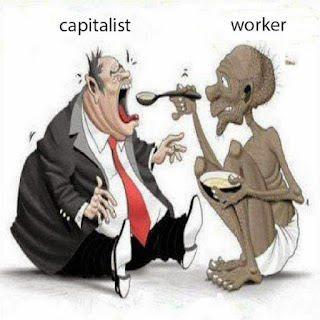 Crorepatis are people who possess 10 million rupees. An analysis of the recently-held Presidential elections by the Association for Democratic Reform (ADR) reveals that of the 4,852 MPs and MLAs, 3,640 or 71% are crorepatis. Of the 543 Lok Sabha MPs, 445 or 82% are crorepatis while for the Rajya Sabha, the number is 194 or 84% of the 231 members. On the other hand, 2,821 (69%) of the 4,078 MLAs are crorepatis. Thte financial affluence of the political representatives of the people of India bears no resemblance with the income of those whom they represent.

270 million or 21.9% of the 1.2 billion Indians lived below the poverty line of $1.25 in 2011-2012. A recent report based on the study conducted by Oxford Poverty & Human Development Initiative (OPHI) at the University of Oxford reveals that at least half of India’s under 18 years live in acute poverty. Asian Development Bank’s India Poverty report states that 21.9% of the population lives below the poverty line and for every 1,000 babies born in India, 38 die before their first birthday.

Not only are the rich people occupying the base of political power, their wealth is increasing at a geometrical pace too. The ADR analysis revealed the wealth of a present Minister of Assam has increased at the rate of 5,335% in his five-year tenure (2011 -2016). The trend is conspicuous in every State. Politics is a shortcut to enormous wealth.

Ordinary people are taught are that politics cannot change society, but the rich and elite classes show much more interest and want to influence state policies by engaging in politics.

Writer Oscar Ameringer once said: Politics is the gentle art of getting votes from the poor and campaign funds from the rich by promising to protect each from the other.

Former Chief Executive of Hong Kong CY Leung candidly said during a student unrest on the demand of democratic elections in 2014 that “the poor” would have the largest say in politics if election candidates were chosen by the public. Hence the poor are kept out of power by a manipulated democracy.

“Poor people are too stupid to know they’re just chess pieces in a game.” Former Uruguayan President José Mujica, popularly known as ‘Pepe’, once said.  “People who like money too much ought to be kicked out of politics”. He explained his philosophy applying distinct logic as such: “They tend to view the world through their perspective, which is the perspective of money. Even when operating with good intentions, the perspective they have of the world, of life, of their decisions, is informed by wealth. If we live in a world where the majority is supposed to govern, we have to try to root our perspective in that of the majority, not the minority.”

While NBA Hall of Famer Charles Barkley last week was much more forthright and blunter and lashed out at Republicans and Democrats, accusing both of exploiting the impoverished for political gain. “All politics is rich people screwing poor people.”
Adapted from here

Posted by ajohnstone at 6:43 am