People or Profits, That's the issue 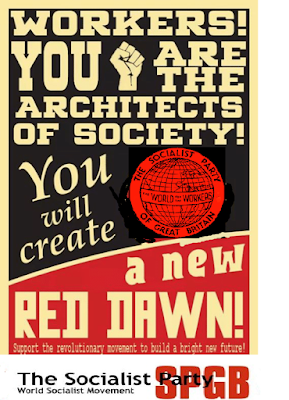 Do any of the political parties address any of the real issues:
Why is there world hunger in a world of food surpluses?
Why are there unemployed nurses, alongside closed-down hospitals and waiting lists?
Why are there homeless people in the streets and empty houses with "for sale" signs?
Why do some people get stressed working long hours while others get stressed from the boredom of unemployment?

If you don't like present-day society... if you are fed up with the way you are forced to live...if you think the root cause of most social problems is the market system, then your ideas echo closely with ours. We are standing to argue the case that capitalism is past its sell-by date. The world can now easily produce wealth sufficient to adequately house , feed , care for and educate the global population. Instead we see hunger, disease and homelessness around the world despite the concerns of governments and charity NGOs. Closer to home, in a "developed" nation like the UK, we see child poverty and an increasing gulf between rich and poor. Rates of depression and anxiety are becoming epidemic.

Capitalism now acts as a barrier, preventing production being geared to human need. Rather than keep trying to tinker with this system we should start looking beyond it to an alternative: a wage-free, money-free, class-free world community based on production for human need, not profit. This social change can only come about once the majority understand it and want it. It won't come about by following leaders or voting for someone else to do it. The other candidates contesting this election (whether openly pro-capitalist or avowedly socialist) are asking you to believe that they can run this society a little bit better . We’d argue that history shows that the money system actually ends up running them. Their pre-election promises usually amount to nothing .So don’t vote for them - it only encourages the idea that capitalism can be made better. A vote for the Socialist Party in contrast, is a statement that you don’t want to live this way and that you think another world is possible . If you have confidence that humans can live and work co-operatively without the pressure of the wages system, or the rationing system of money, then vote for the Socialist Party .

In this General Election many will encounter canvassers claiming to be “socialists” who blame the banks for causing the crisis and they will have slogans like “Make the banks pay”, Stop the tax-dodgers” and “Hands off our public services and welfare state”
But it's not true that the banks caused the crisis although they endeavoured to take advantage. Popular resentment against banks and bankers may be understandable, but it is still wrong to blame them for causing the crisis. In fact we need to argue against this misdirected resentment and its populist exploitation. The whole capitalist system was complicit and culpable for the recession. It's just what happens from time to time under capitalism as all business enterprises pursue maximum profits and cutback on production when there are no longer so many profits to be made. The only alternative is not Corbyn's reforms and regulation but to replace the profit system with one based on common ownership and democratic control so that there can be production to satisfy people's needs instead of for profit. We rightly dismiss Corbyn adopting a policy of ineffectual reforms and legislation of just one sector of the capitalist economy. We hold the entire capitalist class as culpable in the robbery of the workers. The extension of the campaign to tax havens and corporation tax loopholes may now involve the non-financial companies but it still remains at the root, the rich stealing from the rich.

The position of the Socialist Party is clear: we will not have a campaign in an election based on supporting any given set of reforms; but we do support the struggle of workers to defend their living standards and services. Nor do we seek to take over any movment of resistance to cuts like so many organisations on the left-wing do.

The real lesson is that, since all that capitalism has to offer is austerity and cuts, we should concentrate on organising to bring it to an end by political action aimed at ushering in a society based on the common ownership and democratic control of the means of production so that there can be produce for directly for use and not for profit, and distribution on the principle of "from each according to their ability, to each according to their needs". Socialism.

Let's be clear: we're not in this election for office, or power, we're in it to abolish a society in which people are made to work for the people who own all the property. We're in this election to call upon you to revolt.  If you want a state-free, class-free, money-free society where we co-operate to produce the things we need, then you need to revolt. You need to say that that is your priority. You need to tell your fellow-workers that you want them to revolt too. That is what putting a cross next to The Socialist Party candidate means, it means a rejection of the whole system of government and society, with no compromise. It's a big leap, but we are confident that you can make it. In the seats we are contesting we expected to come near enough last: best be honest, eh? But that it was quality not quantity that counts. We don't want people to vote for us, unless they mean it and understand what socialism is. Our platform is to promise nothing: if electors vote for us, they're making a promise, promising to campaign and fight for socialism, and letting their fellow workers know this. If the impossible happens and we succeed to be elected our delegate will vote, as instructed, in the interests of the workers, but we won't kid on that we can save services within the profit-driven market system where profits always come before people. As government funds are squeezed by falling commercial profits and thus a reduced tax take, they seek to cut or commercialise the costs of health care. Our election platform is to fight for the common ownership of the wealth of the world so that our health and other needs can be met directly without pecuniary consideration.

This time you will have a real choice. We in THE SOCIALIST PARTY are standing at this election to put forward an alternative to capitalism and the madness of the market. We're talking about a world community without any frontiers. About wealth being produced to meet people's needs and not for sale on a market or for profit. About everyone having access to what they require to satisfy their needs, without the rationing system that is money. A society where people freely contribute their skills and experience to produce what is needed, without the compulsion of a wage. If you want to vote for our party we're delighted. But we don't really want votes based on a misreading of what we are about. We are not promising to deliver socialism to you. We are not putting ourselves forward as leaders. This new society can only be achieved if we join together to strive for it. If you want it, then it is something you have to bring about yourselves. If you agree with this, you can show it by voting for THE SOCIALIST PARTY