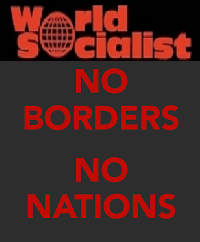 The Global Future report says the UK’s low productivity, ageing population and shortage of labour in key areas, such as the NHS, show that net migration of 200,000 will be needed annually. The net migration target recommended by Global Future is broadly in line with actual levels from 2000 onwards.

It warns that if the UK refuses to be flexible about its sources of labour, it could face a decade of slow growth similar to that of the Japanese economy.

The report says that even with a later retirement age, Britain faces a demographic time bomb, and needs migration of 130,000 a year to maintain the working population at its current level.

“The dependency ratio – the number of people of working age (16-64) versus those over 65 – is worsening. Between 1950 and 2015 this fell from 5.5 to 3.5. Only the recent increase in net migration has prevented it from falling even more precipitously,” it says. “Between 2000-2050, the number of people over 65 will double, whilst the number of over-85s will quadruple. The working population would need to double in order to maintain the ratio at its current level.”
The report points out that the government’s own forecasting body, the Office of Budget Responsibility, has suggested migration is critical to reducing the fiscal impact of an ageing population. The OBR had suggested “spending on pensions, healthcare and social care means that in the absence of migration, debt as a percentage of GDP would increase from 75% in 2012 to 175% by 2057”.
The report also predicts the demand for skilled labour across social care, construction and nursing alone will require an extra 47,000 migrant workers a year, higher than the current migration of skilled, predominantly EU workers across all sectors. In unskilled industries, such as hospitality, the industry will remain heavily dependent on migration, with the report predicting a continuing requirement for an extra 60,000 migrants a year. Global Future points out that 22,000 of the 115,000-strong permanent workforce in agriculture come from the EU, supplemented by 60,000 seasonal workers. In food processing, 120,000 of the 400,000-strong workforce are from the EU.
Overall, it suggests, UK industry will need at least 100,000 work-related migrants a year with the remainder likely to be students and people coming to the UK for family reasons.
Posted by ajohnstone at 9:34 am